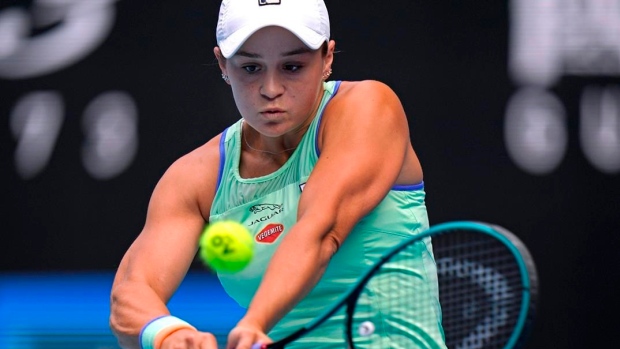 MELBOURNE, Australia — Roger Federer has been pushed all the way before recording his 100th match win at the Australian Open and reaching the Round of 16 at Melbourne Park for the 18th time with victory in a fifth-set tiebreaker against John Millman. Federer has won six Australian championships among his record 20 major titles and is still a crowd favourite on Rod Laver Arena, despite playing an Aussie on Friday night. The 38-year-old Federer is the first player to record 100 match wins at two different Grand Slam tournaments. He improved his Wimbledon record to 101-13 last year.