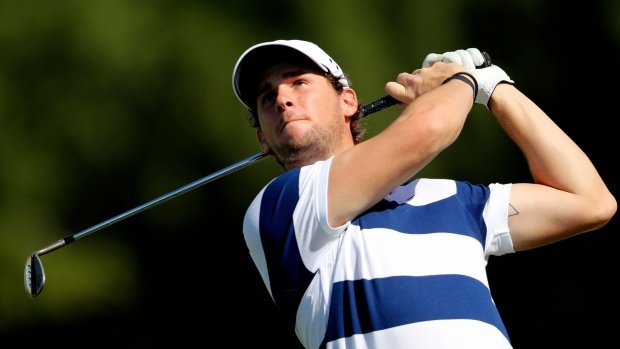 DUBAI, United Arab Emirates — Thomas Pieters birdied four of his first six holes and overcame a mid-round blip to take the lead on Day 1 of the Dubai Desert Classic on the European Tour on Thursday.

The Belgian player dropped three shots combined on the 10th and 11th holes of his first round, but recovered with three straight birdies to shoot 5-under 67 for a one-stroke lead over David Lipsky.

The 84th-ranked Pieters is chasing his first win since August, and only second victory in 3 1/2 years.

Bryson DeChambeau, one of the high-profile names in the field, was three shots off the lead after a round of 70 that included birdies on his first and last holes.

Fresh off his win at the Abu Dhabi Championship last week, Lee Westwood didn’t make a birdie in a 6-over 78 and was tied for 113th place.