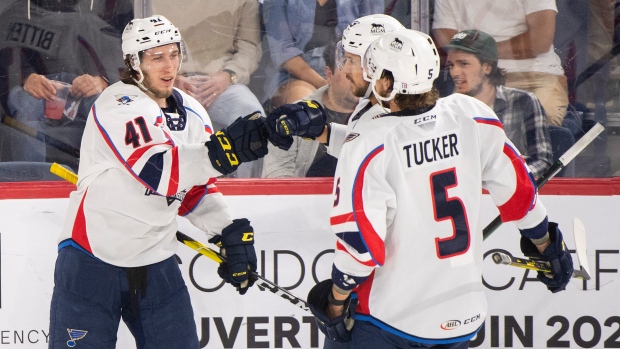 LAVAL, Que. — The Springfield Thunderbirds had to do it the hard way Saturday night after digging themselves an early hole on the road.

A goal by James Neal at 18:35 of overtime gave the American Hockey League Thunderbirds a 3-2 come-from-behind win against the Laval Rocket at Place Bell.

The Rocket, on the strength of two goals by Rafael Harvey-Pinard, had built a 2-0 lead late in the second period, but three unanswered goals by the Thunderbirds gave the visitors a 3-2 lead in the Eastern Conference final.

Nathan Todd and Dakota Joshua scored for the Thunderbirds, with Joshua's marker coming at 15:36 of the third period to force the overtime.

Springfield outshot Laval 47-27, including 11-6 in the overtime.

Game 6 is Monday in Springfield, Mass. and if Springfield wins they'll advance to the Calder Cup final against the winner of the Chicago Wolves-Stockton Heat series.

This report by The Canadian Press was first published June 11, 2022