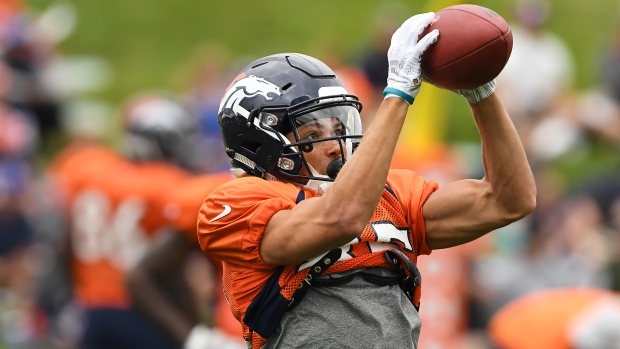 Hamilton Tiger-Cats draft pick Mark Chapman has decided to sign in the Alliance of American Football.

When he was released by the @Broncos, indications were Mark Chapman was more likely to sign in the Alliance of American Football League than with the @Ticats. And that’s what he’s decided to do. #CFL #Ticats

The Ticats selected the wide receiver first overall in the 2018 CFL Draft after he led the Central Michigan Chippewas with 59 receptions and 875 yards in his senior year.

The 23-year-old signed with the Denver Broncos in late July, but was cut from the team on August 31.

The AAF will begin play in 2019 with eight teams