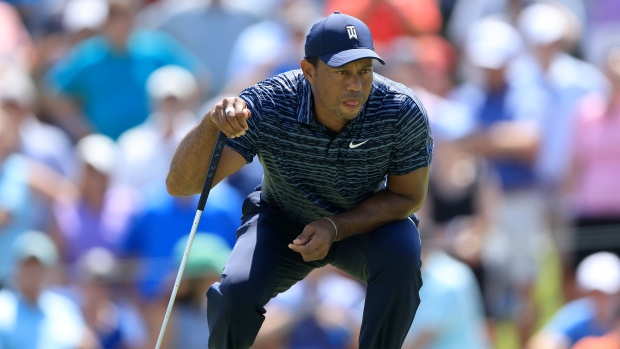 Tiger Woods sits at plus-4 after the first round of the PGA Championship in Tulsa Oklahoma on Thursday.

Woods, who began his round on the back nine, posted five bogies, one birdie and three pars after the turn to shoot 74.

The 15-time major winner opened with a birdie out of the gate on the par-4 10th hole, followed by three consecutive pars.

Making his second appearance this season following his 47th-place finish at the Masters, Woods moved to 2-under with a birdie on 14.

The 46-year-old then bogied 15 and 18 to return to even par at the halfway mark of his round.

Woods is paired with Jordan Spieth and Rory McIlroy, who held the lead in the early going, for the first two rounds of the tournament.