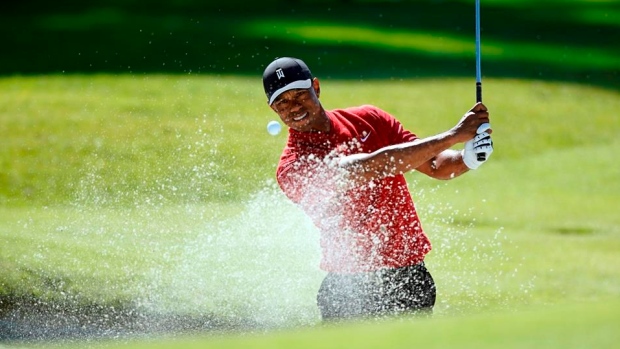 Tiger Woods will make his return to the PGA Tour next week at the Memorial Tournament in Dublin, Ohio.

Woods made the announcement on his Twitter feed on Thursday morning.

"I'm looking forward to playing in the Memorial Tournament next week. I've missed going out and competing with the guys and can't wait to get back out there," the Tweet read.

I’m looking forward to playing in the @MemorialGolf next week. I’ve missed going out and competing with the guys and can’t wait to get back out there.

Woods last played on the PGA Tour in February at the Genesis Invitational. Looking stiff and uncomfortable, he shot 11 over and finished last among those who made the cut.

In May, he was part of a charity match alongside Phil Mickelson, Tom Brady and Peyton Manning. At that outing, Woods appeared to be in good shape, swinging without any pain or restriction.

Woods has won the Memorial Tournament five times, the last time coming in 2012. He is currently tied with Sam Snead for most career victories on the PGA Tour with 82.