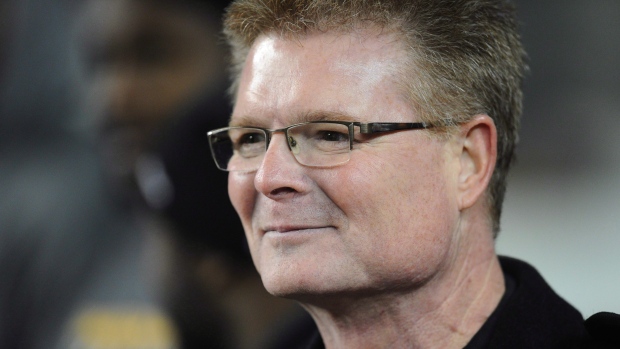 Eric Tillman could be headed to the Maritimes.

Naylor adds that talks have been substantial and at this point it would be surprising if he is not hired into the role.

Hearing that Eric Tillman is in discussions to become the top football operations executive with the Atlantic Schooners. #CFL

Tillman, 61, has been with the Ticats' organization since 2014 and the team's GM since 2016, but Naylor understands that his contract has recently expired which leaves him open for the move.

Naylor explained in a tweet that the Schooners said at November's Grey Cup that they were looking to make their first football hire in the new year. The team needs advice on stadium design and a head-start on scouting players.

Atlantic Schooners principles said at Grey Cup they were looking to make first football hire early in new year. Need advice on stadium design and head-start on scouting players etc. Team could play as early as 2020 if first season is in Moncton. Otherwise 2021 at earliest.#CFL

The Schooners are aiming to begin play in the 2021 season in Halifax, but as of yet, no formal expansion franchise has been awarded by the league. Naylor says that the team could potentially begin play in 2020 if its first season is in Moncton, which has an existing stadium.