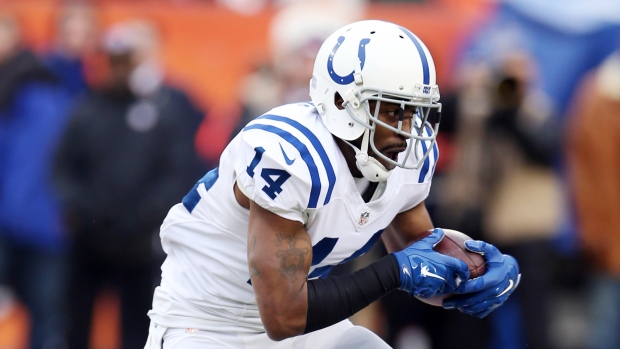 NASHVILLE, Tenn. - The Tennessee Titans have agreed to terms on a one-year deal with veteran wide receiver Hakeem Nicks.

The Titans announced the deal Friday without disclosing financial details.

Nicks, 27, caught 38 passes for 405 yards and four touchdowns with the Indianapolis Colts last year after playing five seasons with the New York Giants. Nicks, a former first-round draft pick, has 349 career receptions for 5,027 yards and 31 touchdowns.

Nicks entered the NFL in 2009 when the Giants selected him out of North Carolina with the 29th overall pick in the draft.