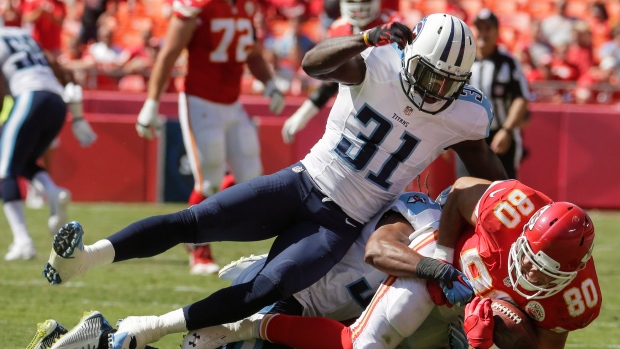 The Titans announced the move Wednesday.

Pollard, their leading tackler last season, was hurt late in Sunday's loss to Cleveland, and he had surgery Tuesday.

Ghee was a third-round draft pick in 2010 by Cincinnati out of Wake Forest and played 23 games with the Bengals. He missed the 2012 season with a wrist injury and signed with San Diego this off-season. He was waived after training camp.

The Titans host the Jacksonville Jaguars on Sunday.