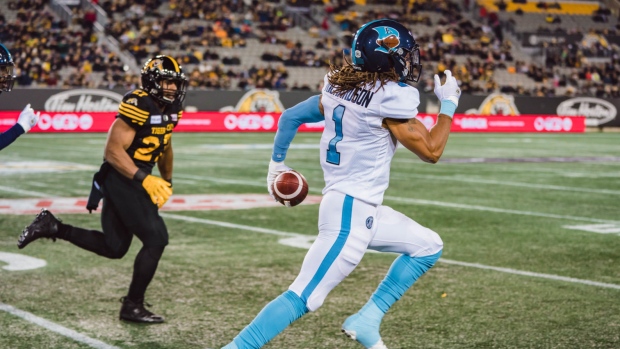 The Toronto Argonauts announced Thursday the team has extended the contracts of American defensive back Shaq Richardson and Canadian offensive lineman Maurice Simba.

Richardson, 27, joined the Argos in October and played in three games stretch while making eight defensive tackles with one forced fumble and one interception returned or a touchdown.

The 6’0, 191-pound DB spent the 2018 NFL offseason with the Oakland Raiders after playing 27 games over two years (2016-2017) for the Calgary Stampeders where he tallied 60 defensive tackles, 14 special teams tackles, four interceptions, one sack and one forced fumble.

Simba was drafted in the fourth round of the 2019 CFL Draft by the Argonauts and appeared in one game that season.