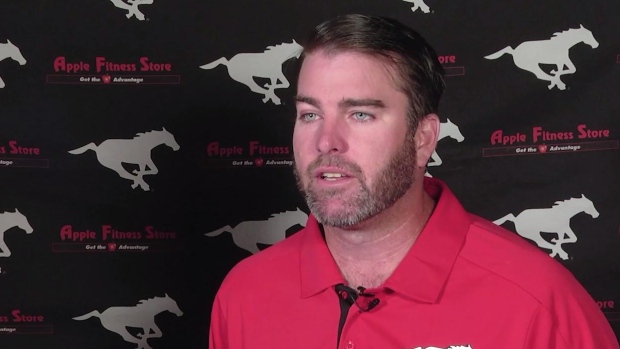 Lalji added a number of options have been discussed. The Argos are not expected to bring back offensive coordinator Jacques Chapdelaine next season.

The Argos finished last year with the second worst record in the league at 4-14. The offence scored the second fewest points with 373 on the season and they were seventh in total offence, averaging 345.3 yards per game.

Dinwiddie has been the Stampeders QB coach the past four seasons.

Prior to his time with the Stamps, Dinwiddie coached with the Montreal Alouettes for three seasons.