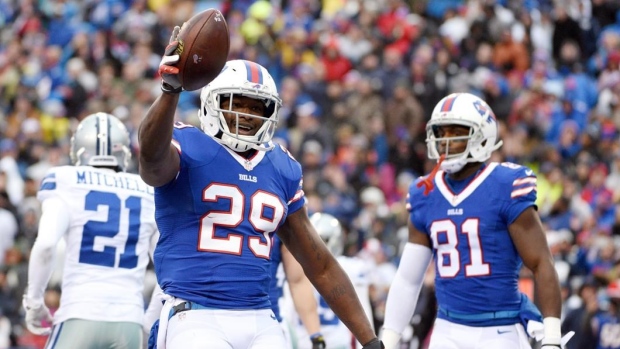 Toronto Argonauts running back Karlos Williams opened up about his departure from the Buffalo Bills in 2016 and did not mince words when it came to his feelings about former general manager Doug Whaley.

A fifth-round pick out of Florida State in 2015, Williams immediately made an impact as a rookie with the Bills in a tandem that led the NFL in rushing alongside LeSean McCoy.

In 11 games in his rookie season, the 22-year-old Williams rushed for 517 yards on 93 carries with seven touchdowns. He added another 96 yards receiving with two more TDs.

That off-season, Williams says, was his first real break from football in his life.

“I was a kid," Williams said. “You give a kid a lot of money, what do you think the kid is going to do? He’s going to have fun with it. I mean, I made some poor choices.”

Not partaking in the team's off-season conditioning program due to the birth of his son, Williams arrived at mandatory mini-camp that June having gained so much weight that he was unable to actually practice. Training camp didn't go any better when Williams was hit with a four-game suspension due to a violation of the league's substance abuse policy. He would never appear in another game again for the team, released ahead of the Bills' first preseason game.

In retrospect, Williams says there was nobody to blame but himself.

While Williams says he has fond memories of the Bills, the fans and the organization, he maintains hard feelings for Whaley, believing that he gave up on him too soon after assurances that he wouldn't.

Williams subsequently signed with the Pittsburgh Steelers that October, but was cut upon receiving a further 10-game suspension. In June 2017, Williams failed a third test and was suspended for a full year.

Signing with the Argonauts last November, Williams, now 26 is ready to prove naysayers wrong and show that he still has a lot to offer.