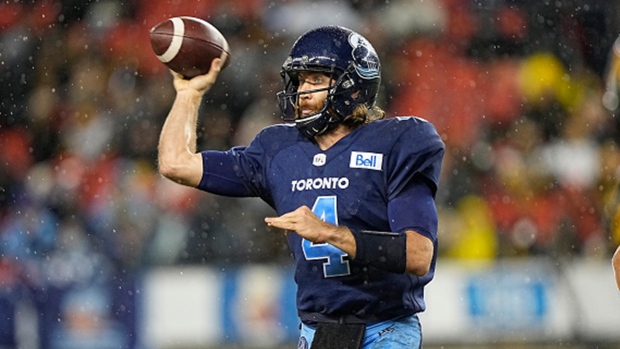 Bethel-Thompson was fined an undisclosed amount inappropriate on-field incident with a cameraperson following the loss to the Hamilton Tiger-Cats.

Edwards received his suspension for his role in a fan altercation following the 27-19 loss. The suspension will commence in the first regular season game for which Edwards, who remains under contract through next season, is eligible.

Two Hamilton fans were issued trespassing tickets following the Eastern Final after allegedly jumping a barricade and attempting to fight with players, according to a police spokesperson.

In one video taken after the game, which has been reportedly circulated on social media, Edwards and fellow Argonaut Dejon Brissett were seen engaged with a fan decked-out in Tiger-Cat gear. In another, Argos VP of player personnel John Murphy was seen jawing with Tiger-Cat fans and allegedly engaged in physical contact both within and beyond the barrier.

Murphy was fired by the Argonauts for his role in the events earlier this month.