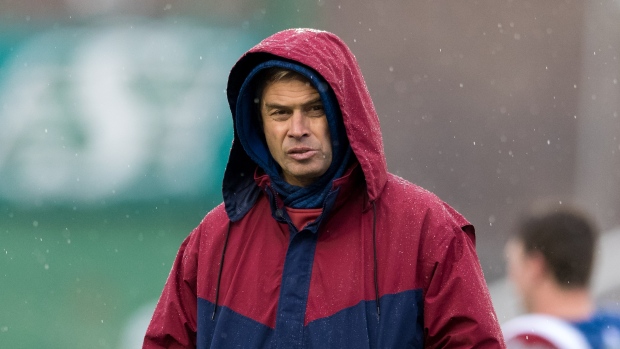 The Toronto Argonauts are not expected to bring offensive coordinator Jacques Chapdelaine back for next season, according to TSN's Farhan Lalji.

Hearing Ryan Dinwiddie is expected to accept the #BCLions OC position if he does not get #RedBlacks HC job.
Also being told that Jacques Chapdelaine is not expected to be brought back as #Argos OC. @CFLonTSN @TSN1040 @TSN1050Radio #Stamps

Chapdelaine, who also served as the Argonauts quarterbacks coach last year, will be let go after just one season with the Double Blue.

The Argos finished last year with the second worst record in the league at 4-14. The offence scored the second fewest points with 373 on the season and they were seventh in total offence, averaging 345.3 yards per game.