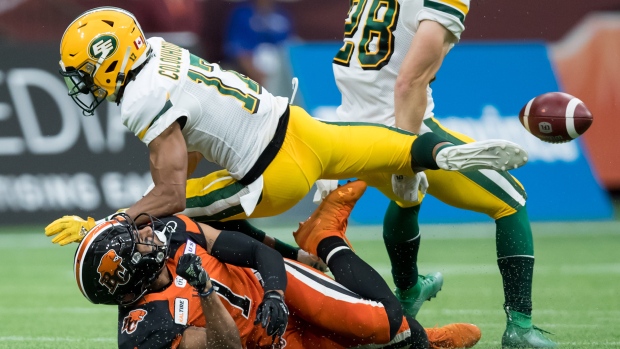 Arjen Colquhoun breaks up a pass to Lemar Durant , The Canadian Press

The Toronto Argonauts announced today that they have signed Canadian Arjen Colquhoun.

The 27-year-old defensive back joins Argonauts after spending three seasons with the Edmonton Eskimos, where he recorded 16 defensive tackles in the 2019 season.

Colquhoun was drafted by Eskimos as a second round draft pick in 2017, and posted 48 defensive tackles, four special teams tackles and two interceptions in 24 career games.