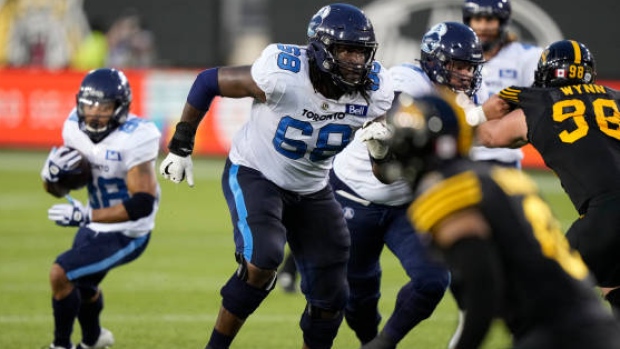 The Toronto Argonauts have signed Canadian offensive lineman Shane Richards to a contract extension, the team announced on Tuesday.

Richards, 26, was selected No. 1 overall by the Argonauts in the 2019 CFL Draft. He played all 14 games for the East Division Champion Boatmen this past season. He played just eight games during his rookie year due to injury.

He played three seasons at Oklahoma State from 2016-18 before being selected in the CFL Draft.