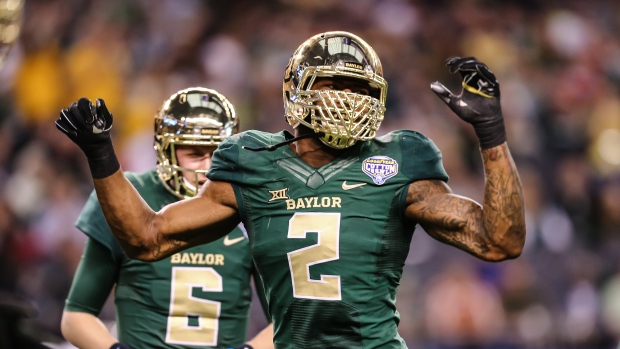 Jeanpiere Jr., was signed by the Carolina Panthers in April of 2019 and played through the preseason before being waived at the end of August.

Colburn II, 23, played two games for the New York Guardians of the XFL in 2020. The 5-foot-8, 210-pound tailback was signed as an undrafted free agent by the Los Angeles Rams in April of 2020 but released as part of final cuts at the end of August.

McFadden was a member of the Tampa Bay Vipers of the XFL, playing five games and tallying 10 tackles and two interceptions. The 6-foot-2, 205-pound DB spent time in the NFL between 2018 and 2019 with San Francisco (twice), Indianapolis and Detroit.

Cliett, played five times for the Dallas Renegades of the XFL and contributed six tackles and one tackle for loss. After being drafted in the sixth round of the 2015 NFL Draft by the Houston Texans, the 6-foot-2, 225-pound LB spent time with the New York Jets, Arizona Cardinals, Tennessee Titans, Kansas City Chiefs and Minnesota Vikings between 2015 and 2020.