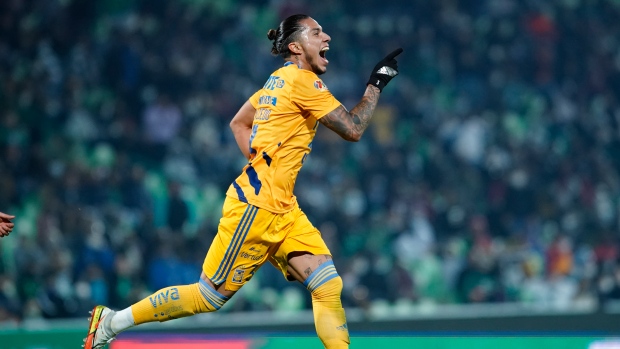 Toronto FC has acquired Mexican international defender Carlos Salcedo from Mexico's Tigres UANL as a designated player through 2024, with Venezuelan international winger Yeferson Soteldo going the other way, according to a source.

The source, granted anonymity because the deals have yet to be announced, said they are two separate transactions.

But in reality, they are intertwined. Soteldo's departure provides the designated player opening Salcedo needed.

The 28-year-old Salcedo, who started his pro career in MLS with Real Salt Lake, has also played in Italy and Germany. He has won 48 caps for Mexico, making his international debut in April 2015, and started all four matches at the 2018 World Cup.

Toronto hopes Salcedo will instil the steel in the defence that was absent last season when TFC gave up a franchise-worst 66 goals. Nicknamed El Titan for his strength in the air and on the ground, the six-foot 183-pounder seems the right man for the job.

Soteldo, 24, showed flashes of brilliance in his one season with Toronto recording four goals and 10 assists in 26 appearances in all competitions. Elusive on the ball, he tormented defenders at times. But his season was interrupted by injury and his body language on the field sometimes suggested he wasn't a happy camper.

Salcedo returns to MLS after spending the last four seasons with Tigres.

A native of Guadalajara, Salcedo is a graduate of the Real Salt Lake-Arizona Academy and signed with Real Salt Lake as a homegrown player in January 2013.

Salcedo left MLS for Mexico in 2015, joining Chivas Guadalajara for two seasons. In August 2016, he went on a short loan to Fiorentina, before going out on loan Germany's Eintracht Frankfurt in June 2017.

He spent two seasons with Frankfurt before joining Tigres in January 2019.

This report by The Canadian Press was first published Jan. 28, 2022