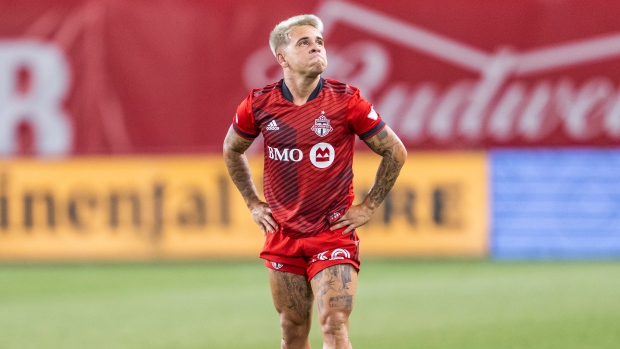 Atlanta (5-6-9) has won three in a row following a 12-game winless streak and is unbeaten in its last four.

Brooks Lennon played an arcing ball from well beyond midfield to Barco near the top of the box, where he beat a defender before bending an arcing shot inside the far post.

Toronto 'keeper Quentin Westberg said the ball deflected off defender Eriq Zavaleta, changed the trajectory of the shot and cost his side the game.

"I think we were focused but not taking the game to them," Westberg said.

"They started the game really strong. They were finding good pockets. Creating a bit of chaos, coming our way, but I think once more, once we actually took more responsibility of building out of the back a little bit and frustrating them defensively, we were able to find the corridors and then take the game to them."

Despite the result, TFC head coach Javier Perez felt his team was solid in Wednesday's game.

TFC are set to visit Inter Miami CF on Saturday.