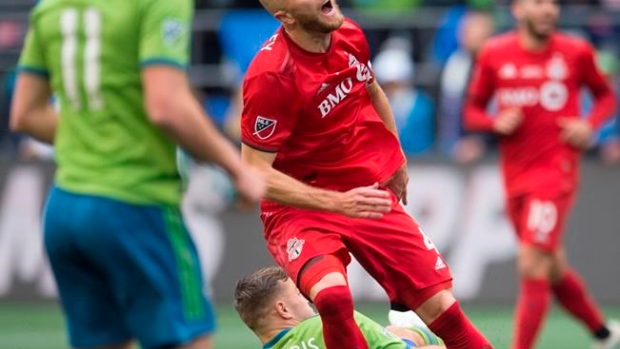 Bradley played the full 90 minutes in Toronto's 3-1 championship game loss to the Seattle Sounders on Sunday in the Pacific Northwest. There was no mention of an injury after the game.

Seattle striker Jordan Morris and midfielder Cristian Roldan have been added to the U.S. roster.

The U.S. needs to win both matches and make up a three-goal differential on Group A leader Canada to top the pool. Canada, ranked 69th in the world, beat the 23rd-ranked Americans 2-0 last month in Toronto.