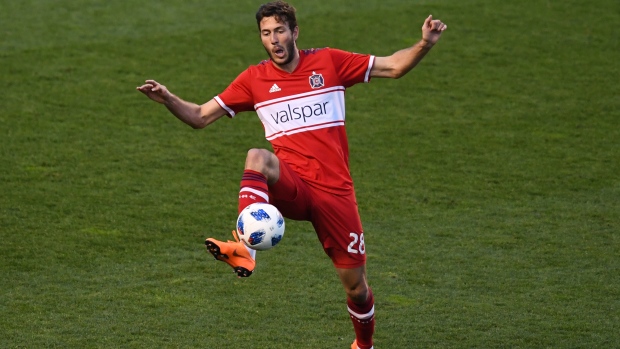 Nick Slonina and Elliot Collier scored for Chicago in the 15th and 31st minute, respectively.

Toronto coach Greg Vanney had said new designated player Pablo Piatti might see some minutes in the game. But the Argentine winger did not play.

Toronto (3-2-0) wraps up pre-season play Saturday when it meets the Colorado Rapids at Dignity Health Sports Park in Carson, Calif.

The first-half starting 11 featured five players aged 20 or younger, including the 17-year-old Nelson and 19-year-old Okello.

Ifunanyachi Achara, Rocco Romeo, Adolfo Ovalle and Jacob Shaffelburg came on to start the second half. Tsubasa Endoh was introduced as the half wore on.

Chicago improved its pre-season record to 3-2-0.