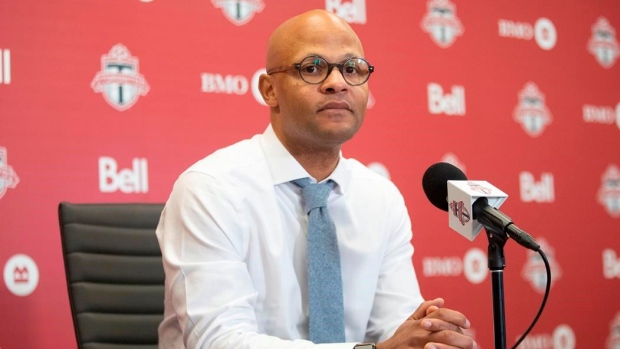 The Ali Curtis era with Toronto FC is over.

Toronto FC confirmed on Monday that the club and general manager have mutually parted ways as Curtis pursues a different opportunity.

"After three years with Toronto FC, I am looking forward to reuniting with my wife and kids, and I am excited to take on a new professional challenge," Curtis said in a statement. "Toronto is a beautiful city, and I am immensely grateful for the opportunity to work at Maple Leaf Sports & Entertainment, as I believe it to be among the best sports organizations in the world. There are many great people to thank at TFC and in the community. Those relationships transcend the workplace. Next year, there is a lot to be excited about with TFC. It has exceptional people and it is moving in an exciting direction. I wish the team, the staff, MLSE and TFC fans the very best.”

TFC finished the season on 28 points, the second-worst mark in Major League Soccer and 20 points adrift of New York Red Bulls for the final playoff spot in the Eastern Conference.

“The entire organization thanks Ali for his many contributions to the club and our community in his three seasons with Toronto FC,” team president Bill Manning said in a statement. “Ali is a good man, and we wish him all the best in the future as he pursues a new opportunity.”

Curtis was at the helm of the team for three seasons, reaching the MLS Cup in 2019.

TFC struggled mightily in 2021 with longtime manager Greg Vanney departing the club before the season, leaving for LA Galaxy. His replacement, former Red Bulls manager, Chris Armas, was fired after just the 11th match of the season, a 7-1 demolition by D.C. United. Before he left, Armas got into a very public feud with star striker Jozy Altidore, who was forced to train away from the first team and only rejoined when Armas was fired.

Javier Perez served as the Reds manager for the remainder of the season. Toronto's season came to an end on Sunday with a 1-0 loss to CF Montreal in the Canadian Championship.

Bob Bradley, the father of TFC captain Michael Bradley, is rumoured to be the leading contender to become the club's new manager.