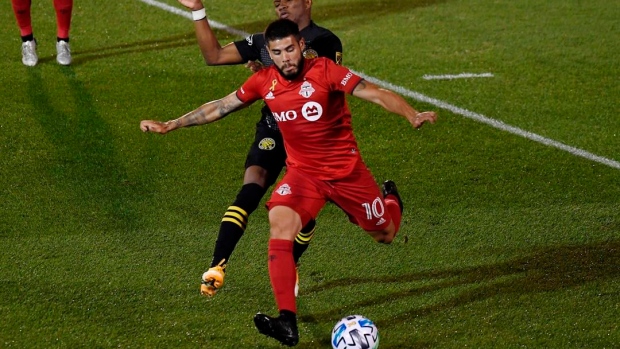 Toronto FC playmaker Alejandro Pozuelo has been named MLS Player of the Month for September.

The Spanish midfielder scored four goals and added two assists in six games during the month as Toronto compiled a 3-2-1 record.

Pozuelo has been involved in 15 of Toronto's 24 goals this season, with six goals and a league-leading nine assists. His 15 combined goals and assists are also a league best.

Toronto plays the Philadelphia Union on Saturday in a battle of 8-2-4 teams at TFC's adopted home of East Hartford, Conn.

This report by The Canadian Press was first published Oct. 1, 2020