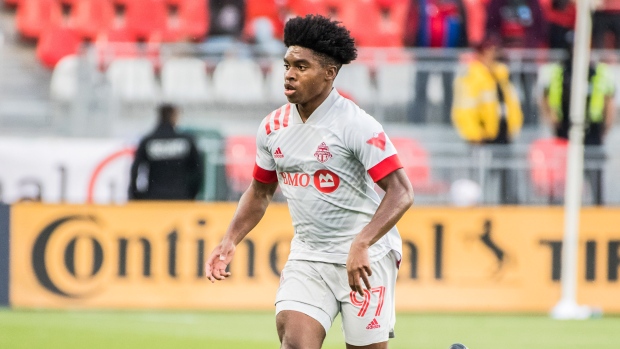 Priso was injured Aug. 14 in the second half of Toronto's 2-1 home loss to the New England Revolution. He limped off after making a goal-line clearance in the 67th minute and had to be helped back to the locker room.

The saving play was for naught with the offside flag raised.

The 19-year-old Priso had just 15 MLS appearances under his belt, including 11 this season, but has turned heads with his play.

This report by The Canadian Press was first published Sept. 3, 2021