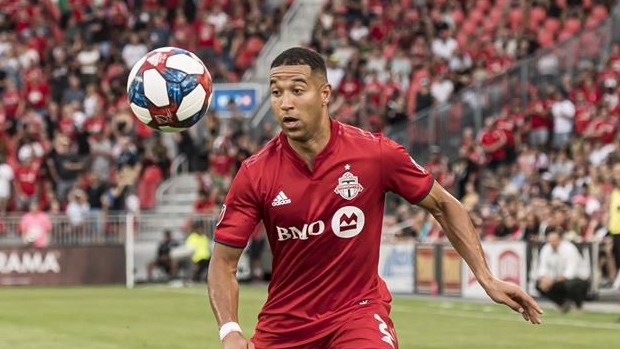 “Justin has been a fixture with TFC and it’s great to have him signed,” Toronto FC general manager Ali Curtis said in a statement. “His versatility on the field, veteran presence in the locker room and overall leadership on and off the field have been critical for the club for a long time and we’re thrilled that will continue.”

Morrow, 33, came to TFC ahead of the 2014 season in a trade with the San Jose Earthquakes and has become an integral member of the squad since.

His 229 appearances across all competitions over his seven years with the Reds is second-most all-time.

With Toronto FC, Morrow has captured three Canadian Championships, the 2017 Supporters' Shield and the 2017 MLS Cup.

A native of Cleveland, Morrow has been capped four times by the United States senior team.

In 2020, Morrow became the executive director of the Black Players Coalition of MLS.

The upcoming season in Morrow's 12th in Major League Soccer. The Notre Dame product made his MLS debut with the Earthquakes in 2010 and spent four seasons there before his move to TFC.

Zavaleta's contract is through 2021 with a club option for the 2022 season.

“Eriq is another veteran who’s given a lot to the club,” Curtis said in a statement. “This is a big year for Eriq. He comes to the training ground every day ready to work and is a great role model as an all-around professional for our young players.”

The 28-year-old is entering his seventh season with Toronto FC and ninth in Major League Soccer.

Zavaleta has made 136 appearances in his six seasons in Toronto, recording two goals and two assists. He is one of 12 players in club history to have made 100 or more appearances with the team.