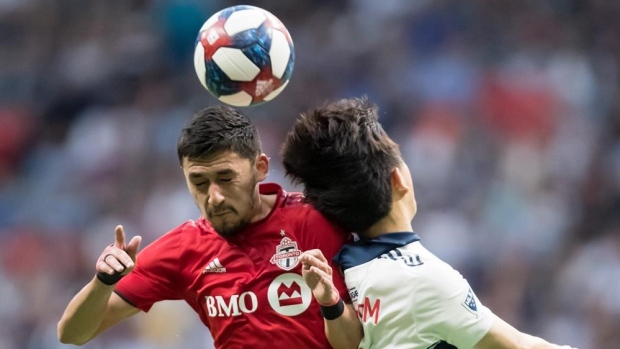 Toronto FC will be without midfielder Marky Delgado and defender Justin Morrow for their playoff opener Tuesday night against Nashville SC.

Neither Morrow nor Delgado have been medically cleared to play according to the club's official game notes.

Delgado missed the final three matches of the regular season after leaving a game against the Philadelphia Union on Oct. 24.

Meanwhile, Morrow has not suited up for Toronto's final two games of the season.