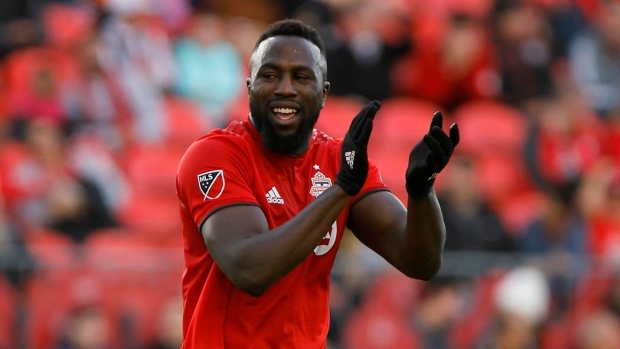 "I'd start the game if it was up to me, no problem," Altidore said. "Look, I've been here a long time now, the coaches know me, they know I play with whatever. I think as a player when you come across certain a club, certain moments in your career, you want to give back everything. The club's giving me everything and regardless of injuries, if I can run, if I'm able to be out there, I wanna help and give everything I can.

Altidore joined his teammates for training on Friday after missing Thursday's session as he continues to recover from a leg injury. Team president Bill Manning said Thursday he believes Altidore will be a game-time decision.

"A little bit of a thigh strain. He was running yesterday. You're cautious, right? You want to make sure that if he can go, he can go. He's chomping at the bit, but we'll see," Manning told First Up on TSN Radio 1050 Toronto. "I think it's going to be a game-day decision. He actually went for an MRI later yesterday just to double check on things."

Toronto FC head coach Greg Vanney admitted earlier this week that Altidore would not be 100 per cent by Saturday's game, but noted he was hopeful the striker will play.

The winner of the DC United vs. TFC match will meet New York City FC, the top team in the East, on Oct. 23 at Yankee Stadium.