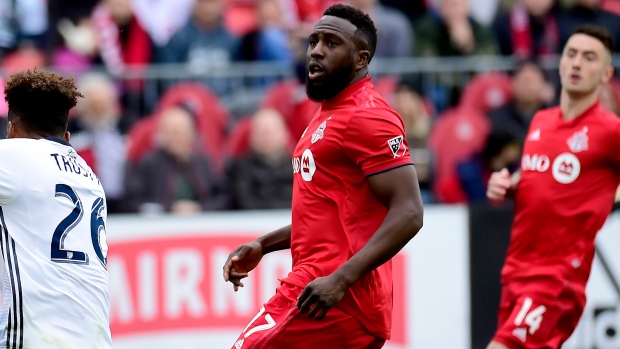 The incident occurred in the 82nd minute of Toronto's 2-1 loss to visiting Philadelphia on Saturday. Altidore kicked the ball into the BMO Field stands after being whistled for a foul. Altidore was shown a yellow card for dissent on the play.

Altidore returned to action Saturday as a 72nd-minute substitution after missing three games with a hamstring injury.

He is expected to return to Toronto's starting lineup for Wednesday's game against visiting D.C. United.