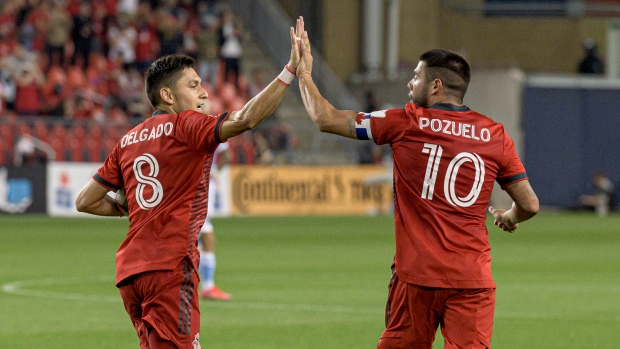 One of Toronto FC's longest tenured players is headed home.

The Canadian Press's Neil Davidson reports TFC is trading Marky Delgado to the LA Galaxy for $400,000 in general allocation money and another potential $100,000 should performance incentives be met.

Source: Toronto FC trades midfielder Mark Delgado to L.A. Galaxy for US$400,000 in general allocation money with another $100,000 if certain performance metrics are met. #TFCLive pic.twitter.com/DpT90ucNuP

Born in Glendora, CA, the 26-year-old Delgado has spent the past seven seasons with the Reds after being selected in the 2014 MLS Dispersal Draft following the dissolution of Chivas USA.

Delgado had made 225 appearances across all competitions for TFC, scoring 17 goals.

With the club, Delgado has won three Canadian Championships, the 2017 Supporters' Shield and the 2017 MLS Cup.

Internationally, Delgado has represented the United States on a number of youth levels and has been capped six times by the USMNT.