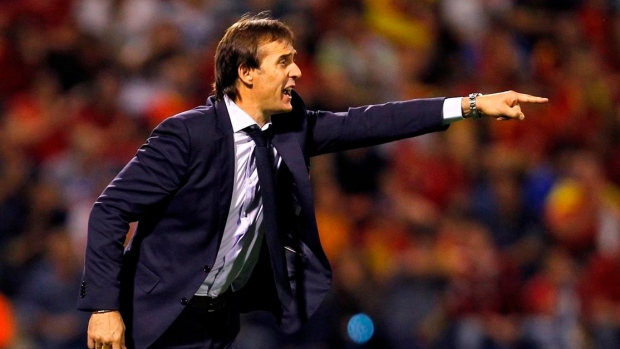 Tottenham Hotspur's latest attempt to find a manager to succeed Jose Mourinho has come up empty.

Lopetegui, 54, just finished his second season at Sevilla, leading the club to a fourth-place finish in La Liga and Champions League football next season.

"Some coaches are more driven by economic factors, but Julen is very clear that he is happy here and he even said it would be very difficult to find a better place to work than here," Castro told area radio station Cadena SER. "We believed and believe in him, giving him a two-year contract extension, and I'm sure he will bring much more to the club."

Prior to joining Sevilla, Lopetegui had also managed at Rayo Vallecano, Porto, Real Madrid and the Spanish national team.

Spurs have been without a permanent manager since the firing of Mourinho in April. Ryan Mason has served as the club's interim head coach since the dismissal.

The managerial search has been a frustrating one for the club. Talks with former Inter and Chelsea boss Antonio Conte ended without any deal. A move to rehire Mauricio Pochettino from Paris Saint-Germain was swiftly rejected by the Ligue 1 club. It appeared that former Roma boss Paulo Fonseca, the man Mourinho was hired to replace last month, collapsed in the 11th hour, while a move for former Milan and Napoli manager Gennaro Gattuso was aborted due to fan backlash over the former Italy international's history of racist and homophobic remarks.

Spurs, who finished seventh in the table this past season, open up their 2021-2022 season on August 15 at home to champions Manchester City.