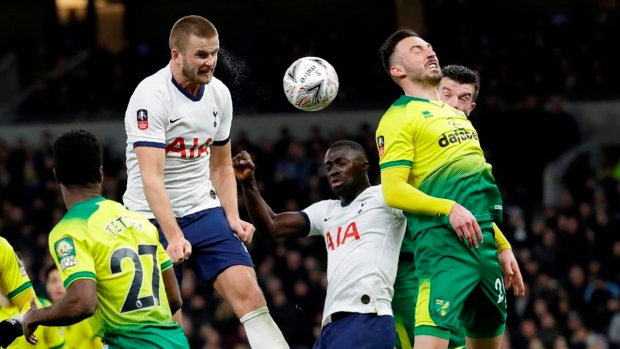 Tottenham Hotspur's Eric Dier believes his team's upcoming schedule that could mean nine matches in 21 days shows a lack of concern for players' health and well-being.

"If you look at that schedule, it isn't showing any care for players' physical welfare," the England international said ahead of Spurs' Europa League match on Thursday with Lokomotiv Plovdiv in Bulgaria.

After the match on the continent, Spurs returns home to play Southampton in the Premier League on Sunday before a Tuesday League Cup date with Leyton Orient and likely another trip to Eastern Europe next Thursday to Romania or Macedonia in the Europa League.

The 26-year-old Dier says that even with his team's deep bench, the strain of so many games in such a short period of time is too much.

"I think there's fantastic depth and fantastic quality throughout the squad and the manager has emphasized that if we want to be successful and win games and go far, it's all about the squad and that squad performing," Dier said. "But it's common sense really. It doesn't seem like there is any care for players' welfare in that situation."

Jose Mourinho's side kicked off their league campaign last Sunday with a 1-0 loss to Everton.