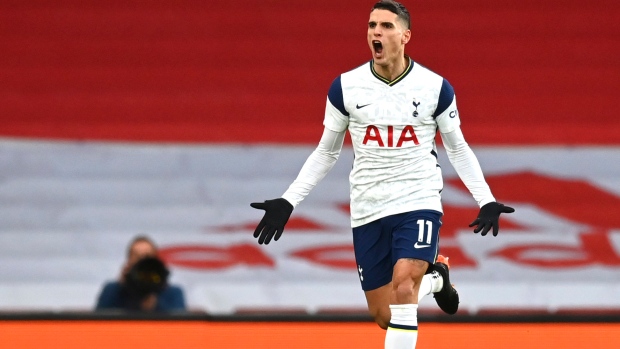 Gil, 20, has signed a five-year deal with Spurs through 2026. Spurs is believed to have paid a £21.6 million transfer fee on top of the swap for Gil.

A native of Barcelona, Gil is currently on international duty at the Olympics. He spent last season on loan at Eibar where he scored four goals in 28 appearances.

Gil received his first Spain cap last March and has made three appearances for his country.

The 29-year-old Lamela joined Spurs from Roma in 2013 for a then club record £25.8 million. In his eight seasons with the club, the Buenos Aries-born player scored 17 goal in 177 Premier League appearances.

Lamela has been capped 25 by Argentina.