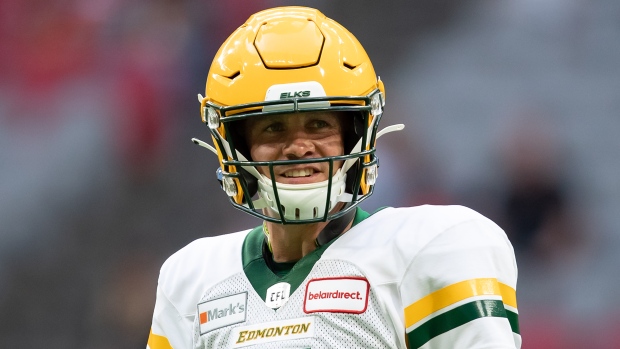 The Edmonton Elks have added quarterback Trevor Harris to the active roster, the team announced on Saturday.

Harris, 35, was added to the six-game injured list on Sept. 16 and did not dress for the Elks' Week 7 loss to the Winnipeg Blue Bombers due to a neck injury. He will be eligible to return for the team's matchup against the Ottawa Redblacks on Tuesday.

In five games this season, Harris has passed for 1,481 yards and six touchdowns to go along with five interceptions.