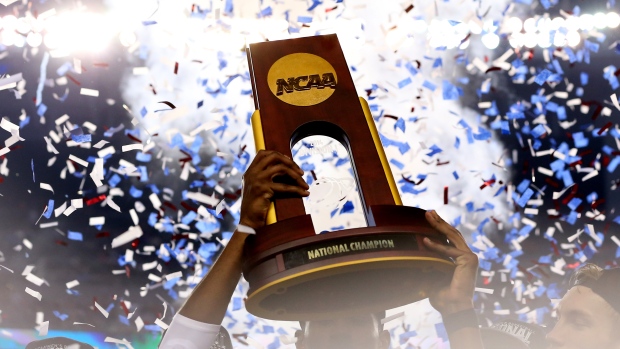 TSN's live coverage of NCAA March Madness begins Tuesday, March 17 at 6 p.m. ET on TSN2 with the First Four, and culminates with the championship game on Monday, April 6, with pre-game coverage kicking off at 8:30 p.m. ET live on TSN and TSN GO.

"With multiple must-see games happening at the same time, TSN's five national feeds are the ideal way for fans to experience the thrill of NCAA March Madness," said Shawn Redmond, Vice President of Programming and Marketing, TSN. "TSN subscribers across Canada can now enjoy every minute of action from the world's best college basketball tournament."

TSN primes fans for the tournament with all the news from Selection Sunday on College Gamenight - Bracketology airing Sunday, March 15 at 7 p.m. ET on TSN2. This comprehensive preview show is followed by the world premiere of ESPN 30 FOR 30 documentary I Hate Christian Laettner at 9 p.m. ET on TSN2. The latest edition of ESPN's award-winning documentary series, the film features interviews with former teammates and rivals as well as Laettner himself, exploring why the polarizing basketball player was - and still is - so disliked.

Sponsors
TSN's lineup of sponsors for NCAA March Madness includes Enterprise Rent-A-Car, Infiniti, Reebok, Wendy's, and Furious 7. In addition, Ford has signed on as sponsor of the TSN Tournament Challenge.

TSN Original Features
TSN showcases some of the top Canadian storylines from NCAA March Madness, debuting TSN Original features on:
- Gonzaga's Kyle Wiltjer - A former member of the Kentucky Wildcats, this Canadian national team player has transformed his game at Gonzaga to become a finalist for the 2015 Wooden Award, the most prestigious individual honour in NCAA basketball
- Kentucky's Trey Lyles - Born in Saskatoon, this freshman is a key player for the undefeated Kentucky Wildcats, who are being touted as one of the greatest NCAA basketball teams ever
- Orangeville Prep - This high school basketball program organized by Canada's Athlete Institute has encouraged the development of homegrown basketball talent in Canada, and also attracted some of the brightest young talents from around the world

These TSN Original features air in SportsCentre as well as during TSN's live broadcast coverage of the tournament, and will also be available on demand on TSN.ca and TSN GO.

TSN Digital
TSN Digital platforms present Play of the Year: Tournament Edition, a daily head-to-head matchup of the best plays from the 2015 NCAA March Madness. Fans can vote each day for their favourite play, with the lone survivor being crowned the Play of the Year.

TSN.ca and the TSN GO app also feature in-game highlights, highlight mixtapes, Top 5 plays of each round, and breaking news stories from the tournament.

BarDown
Fans can visit BarDown.com, TSN's home for sports and pop culture, for all the best viral moments from the tournament, as well as the best reactions from social media, including photos, Vines, GIFs, and more.