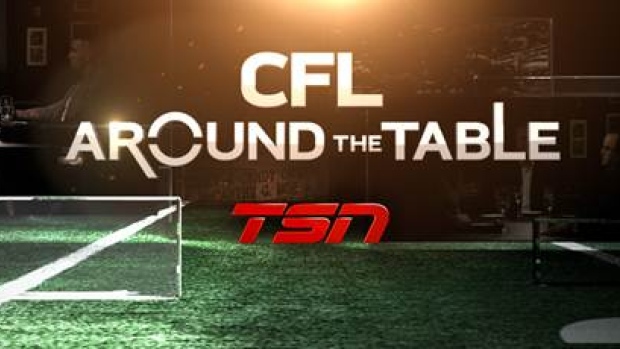 CFL Around the Table , TSN

With the 2015 Canadian Football League season about to kick off, TSN premieres the new original series CFL Around The Table, a forum for candid discussion and debate about hot-button issues around the CFL.

Employing a format modeled on fan-favourite RDS series Table D'Hote, and hosted by the CFL on TSN's Rod Smith, each 30-minute episode of the series features four noteworthy CFL personalities sharing memories and personal anecdotes about their experiences in the league.

"CFL Around The Table is an exciting new way for TSN to share compelling storylines from around the CFL, and to get to know some of the league's best personalities," said Mark Milliere, Senior Vice-President of Production, TSN. "With candid discussion on life in professional football, the series will give fans a totally new perspective on the league."

CFL Around The Table premieres on Friday, June 12 at 9pm et on TSN2, immediately before the B.C. Lions take on the Calgary Stampeders in CFL on TSN pre-season action.

Episode Two – Smith sits down with four former Coaches of the Year: the Hamilton Tiger-Cats' Kent Austin, Saskatchewan Roughriders' Corey Chamblin, Toronto Argonauts' Scott Milanovich, and Calgary Stampeders' John Hufnagel. These master tacticians chat about their own personal connections, reveal how they prepare for each new season, and reflect on how coaches make critical play calls that determine the outcome of the game. Episode Two airs Saturday, June 13 at 12:30am et on TSN, following the conclusion of the Lions-Stampeders game.

TSN's entire slate of CFL Around The Table is available for live streaming and on-demand viewing to TSN subscribers through TSN GO.