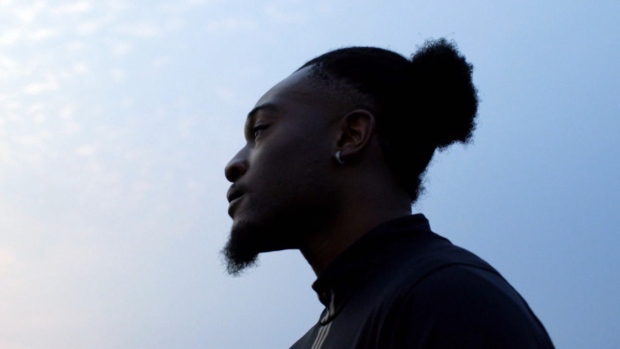 Ayo Akinola has been one of Major League Soccer's breakout stars of 2020.

In 12 games for league-leading Toronto FC this season, he's scored eight times. The push is now on from both the United States and Canada senior teams to get Akinola to represent them internationally, with the 20-year-old eligible to play for either.

But before Akinola, born in Detroit and raised in the GTA, was a key contributor for TFC, he was part of a family like many others in Toronto and across the country that struggled to make ends meet.

"I think the first time we experienced homelessness, we were around eight or nine years old," the now 20-year-old Akinola told TSN in a feature that will air in full on Wednesday night's broadcast.

"We were coming home from school one day and we were grocery shopping and literally as me and my brother went upstairs and tried to open the door, it was locked. It wouldn't open. At that point, we didn't know what was happening. My mom came upstairs and tried to open the door and it wouldn't open again. She called the superintendent as to why her door wasn't unlocking. Maybe something was wrong. Sooner or later, the superintendent told us that we haven't paid rent, that we missed like a month of rent and the door won't be open until we have the money for them."

While it was temporary at that time and Akinola and his family got back into their home, circumstances years later led to the family moving into a homeless shelter for a time.

“I remember the day - it was December 11, 2011," Akinola said. "That was the day my mom told us we were moving to a homeless shelter. Me and my brother, we didn’t know what to think or feel at that point. We were just looking for answers through our mom because we were so young at that point. I was about 11 and my brother was 10 years old, so at that point, we were just needing and wanting answers…we could just see in her face that she was sad, depressed…just feels like she was out of it, like ‘How did I put myself in this predicament, to go that way?’”

Akinola said his support for his mother never wavered.

It was through soccer that Akinola says he felt like there was a pathway out of his circumstances.

"In anything that you're taking serious, there's a lot that comes with it - a lot of determination, a lot of sacrifices," Akinola said. "You know you're going to lose your social life. But are you willing to do that? And I was willing to do that, no matter what. All the coaches told me, my mom told me, that if you really want to pursue this sport, there's a lot that comes with it and if you're prepared, then you're ready. But if not, then don't take this sport seriously. And in my mind, I thought this is my way out and I've got to pursue it. So I was willing to do anything it takes."

In sharing his story with the public, Akinola says he's not looking for any kind of pity.

“I don’t want anybody to feel sorry for me or have pity on me just because of what I went through," Akinola said. "I think the most important thing is your reaction; how you react when hard times come like this. For me and my family, we were able to overcome it and go on the right path, in the right direction, and not let our past bring us down, but elevate us.”

Coming up through the TFC Academy and finally establishing himself in the first team has been a dream come true for Akinola.

"It's a dream that every kid wants to play for their home team, especially when you have friends and family out here around the GTA," Akinola said. "It's an unbelievable feeling. Everybody is supporting you in many different ways, whether that's outside the field or within the field. There's just a constant support that everybody tries to feed you. It's kind of like an energy booster - it's like almost surreal, knowing that you've seen them on TV and now you're actually on the field playing with the players."

As for what Akinola brings to the pitch, he says his adaptability is key.

"Obviously, a young guy, but also very intelligent, very smart in how he plays the game," Akinola said of a self-scouting report. "Very strong when he needs to be, fast. Durable, also versatile in being able to play in different positions and just a guy who likes to have fun. I feel like that's the most important thing. If you're not having fun, then you're not enjoying the game."

Akinola will have his next shot to enjoy the game when the Reds host New York Red Bulls on Wednesday night.