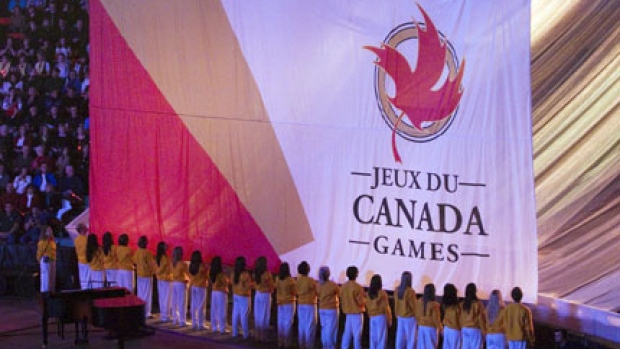 TSN and RDS on Thursday confirmed they are once again bringing Canadians live coverage of the CANADA GAMES, delivering 40 hours of the action from Prince George, B.C. - host city of the 2015 CANADA WINTER GAMES (#2015CanGames). Marking the ninth CANADA GAMES to air on TSN and RDS, the 2015 CANADA WINTER GAMES officially get underway with the Opening Ceremony on Friday, Feb. 13 at 10 p.m. ET on TSN2 and RDS2 and culminate with the Closing Ceremony on Sunday, March 1 at 7 p.m. ET on TSN2 and RDS (see below for broadcast schedules).

“The CANADA GAMES is a wonderful opportunity to showcase the next generation of elite Canadian athletes,” said Stewart Johnston, President of TSN. “TSN is proud to be the official broadcaster of the 2015 CANADA WINTER GAMES and we are all looking forward to giving Canadians a front row seat to watch the action coming out of Prince George.”

“We are very excited to be working with official broadcast partners TSN and RDS to bring Canadians national TV coverage of the 2015 CANADA WINTER GAMES,” said Tom Quinn, Canada Games Council Chairman. “TSN and RDS are Canada’s sports leaders and the trusted sources for sports broadcasting. We are proud to partner with them and allow all Canadians to enjoy a first-class production of the 2015 Canada Winter Games.”

The 2015 CANADA WINTER GAMES brings together more than 2,400 athletes, 1,000 coaches and officials, up to 4,500 volunteers, hundreds of media, and thousands of visitors in Prince George – the first city in British Columbia to host a winter edition of the games. The CANADA GAMES are held once every two years and alternate between winter and summer, representing the highest level of national competition for up-and-coming Canadian athletes.