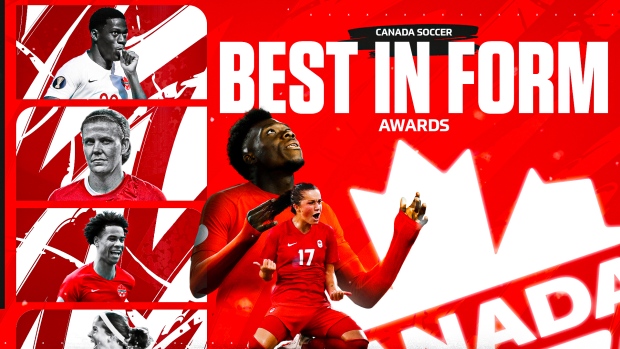 There's no argument because there's no comparison: 2021 was a landmark year for Canadian soccer. Our men's and women's teams had historic successes, and our players created one memorable moment after another on the world stage.

From Canada's women winning a historic gold medal to Canada's men and their ongoing bid to qualify for their first World Cup in 36 years, every accomplishment mattered.

Every player mattered, too. Julia Grosso's gold medal-winning penalty is now an all-time Canadian sports moment. Alphonso Davies' goal against Panama sparked a passion for the men's team never seen in the history of Canadian soccer.

To look back on an incredible 2021, TSN’s Best in Form awards recognize the best moments and the best players in Canadian soccer’s best year, so far. 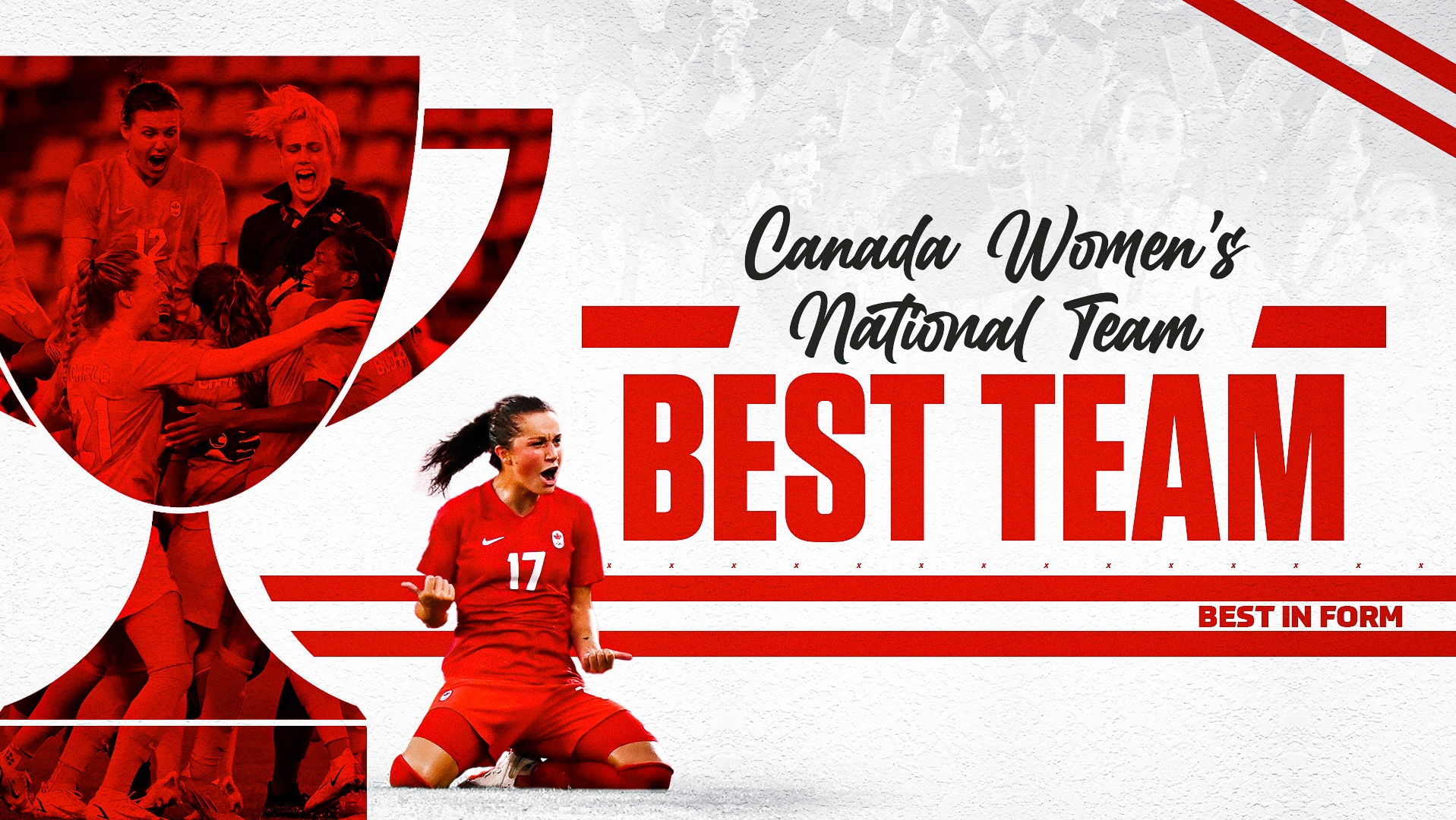 It felt like the greatest generation of Canada’s women's soccer team would be defined by its heartbreaks: losing in the semifinals of 2012 and 2016 Olympics, losing in the quarter-finals of 2015’s World Cup on home soil, and never beating the U.S. when it mattered. Now all those disappointments can be seen as crucial teaching moments on the path to long-awaited and hard-earned glory.

What makes Canada’s first major international title a significant accomplishment is that it required a total team effort. Christine Sinclair is still Canada’s great legend, but international soccer’s greatest goal scorer was just one piece of a complete team. With goalkeeper Stephanie Labbé’s incredible saves, the cool confidence of Jesse Fleming, and the veteran savvy of Janine Beckie, Kadeisha Buchanan, and Desiree Scott, Canada never broke under pressure and built on every moment.

The hard-fought semifinal win over the Americans was long-awaited Olympic revenge, but, given soccer’s worldwide presence, the gold-medal victory over Sweden is one of the greatest team accomplishments in Canadian sports history.

Perhaps the ultimate congratulations to Canada’s women came in a video posted by U.S. great and long-time nemesis Abby Wambach. Wambach said Canada’s gold medal was not only an accomplishment for its current roster, but a success that should be credited to past Canadian greats like Carmelina Moscato, Melissa Tancredi, and Diana Matheson. 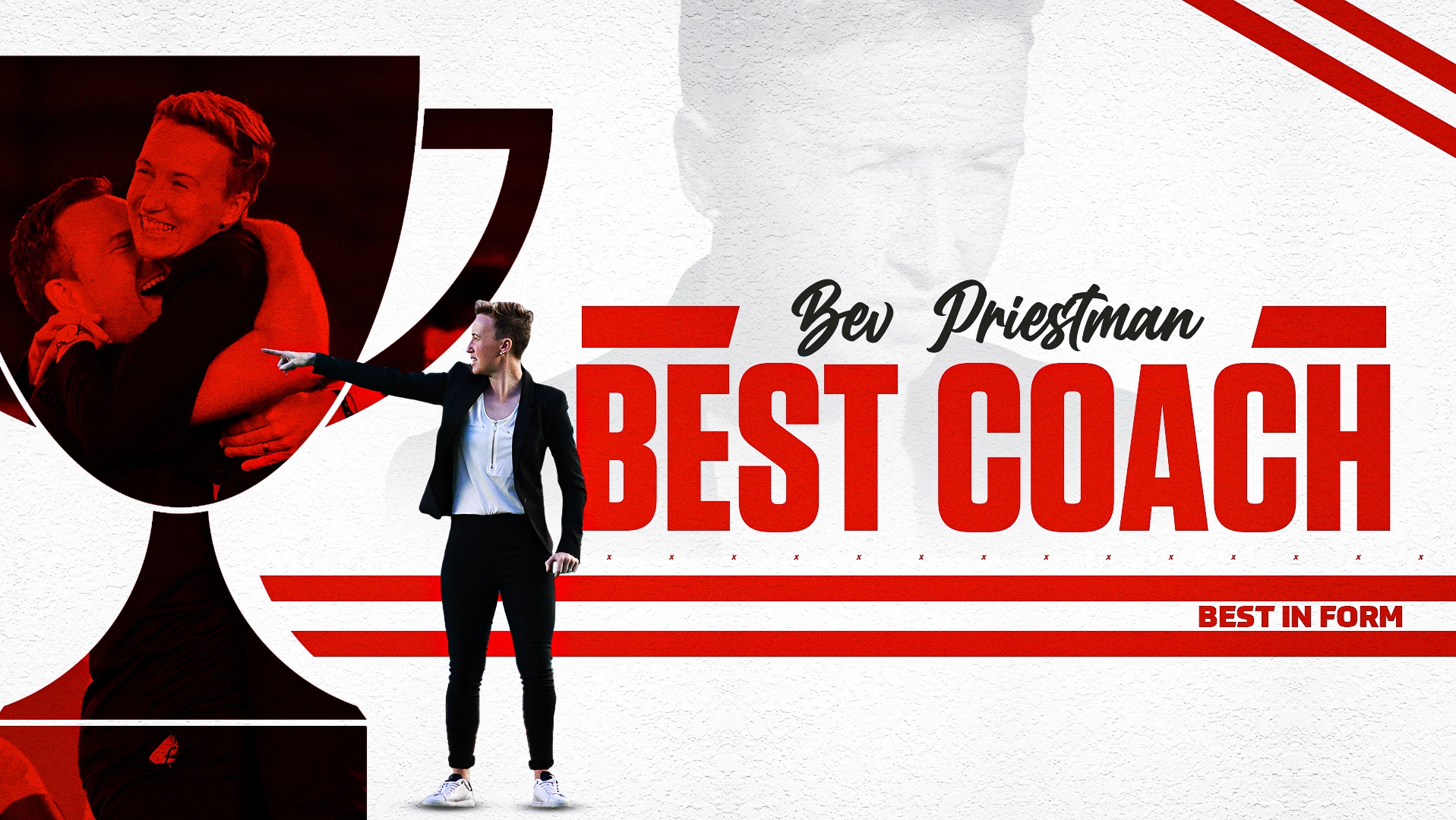 At every level, Canadian coaches found success in 2021.

Forge FC head Bobby Smyrniotis guided Hamilton’s Canadian Premier League team to the semifinals of both the Canadian Championship and CONCACAF League, earning a first-ever CONCACAF Champions League berth for any CPL team. John Herdman is on the verge of becoming the first coach to ever guide a men’s and women’s team to World Cup qualification.

But Bev Priestman was able to blend Canada’s greatest generation of women’s players and a crop of new talent together to win a historic Olympic gold medal.

What makes Priestman’s accomplishment more impressive is she didn’t shy away from expectation. “Change the colour of the medal,” was the mantra the coach embraced and instilled in her players.

The way Priestman trusted her veteran players, challenged younger stars, and didn’t mind busting out the occasional, loveable TikTok dance, showcased a perfect coaching balance on the biggest stage during a global pandemic. 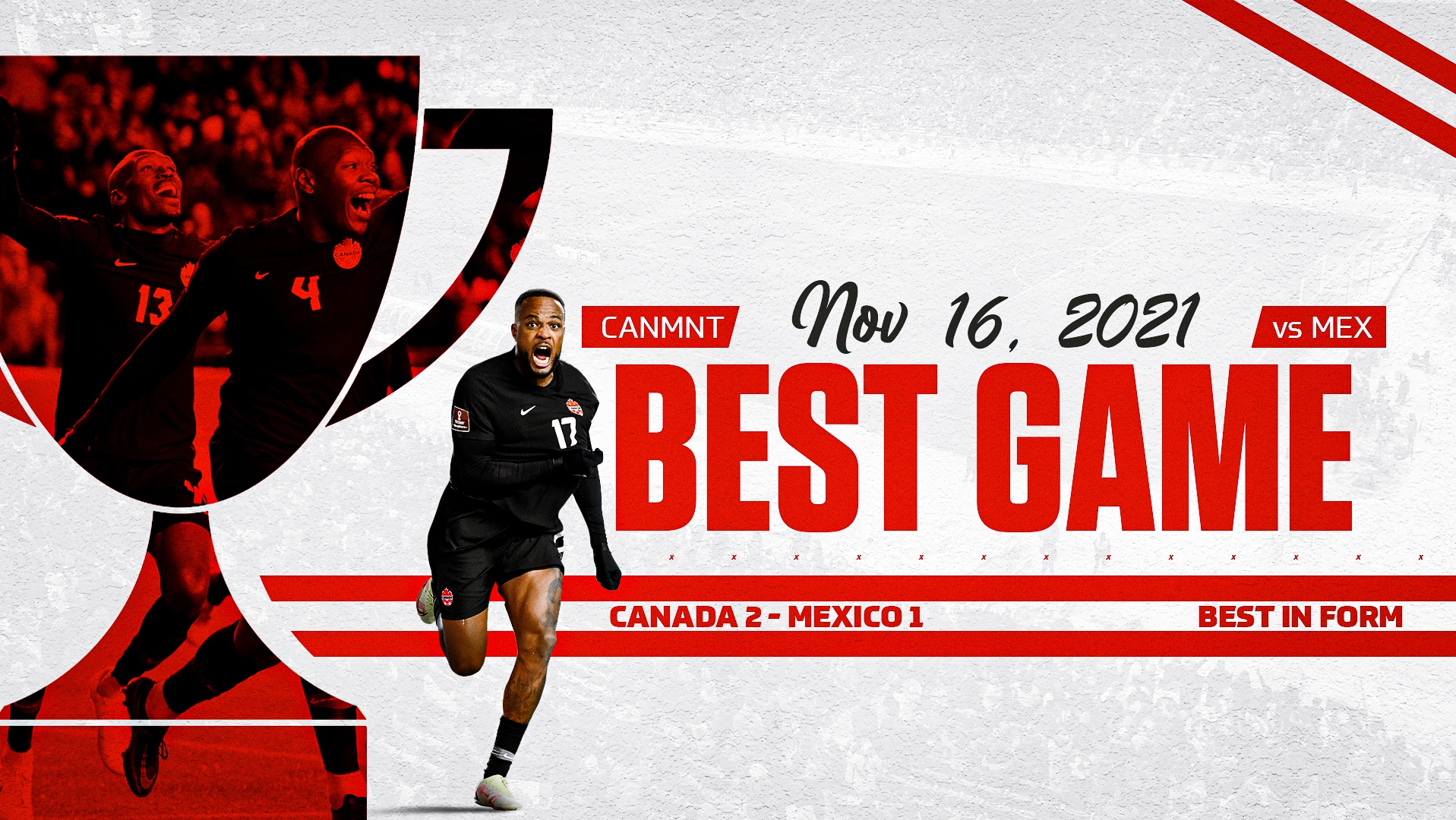 The history of international soccer is built on stories of passion, accomplishment, and hyperbole. Over time  the retelling of world soccer’s greatest moment can feel like modern sports myth creation.

Think Geoff Hurst and the 1966 World Cup final goal that may or may not have crossed the goal line, Maradona’s “Hand of God” goal at the 1986 World Cup, or South Korea’s incredible, unexpected run to the 2002 World Cup semifinal. Canada’s crucial World Cup qualifying win over Mexico had all the components of a legendary soccer moment.

In the Edmonton snow on the frozen field of Commonwealth Stadium, Canada pressured Mexico with hometown advantages in the same way the CONCACAF giants often make Mexico City oppressive and unkind to its visitors.

In a sight that tickled many Canadians, Mexico’s big stars looked uncomfortable in the cold all night long. Cyle Larin’s two goals made him man of the match as he tied Dwayne De Rosario for most career goals for the men’s national team, but there were more heroes that night in northern Alberta.

Milan Borjan last-second reflexes made sure Canada climbed to top spot in CONCACAF World Cup qualifying. Sam Adekugbe’s snowbank celly not only endeared him to an excited nation, but it also provided a fitting ‘these-Canadian-boys-have-all-the-fun’ introduction to a watching world. 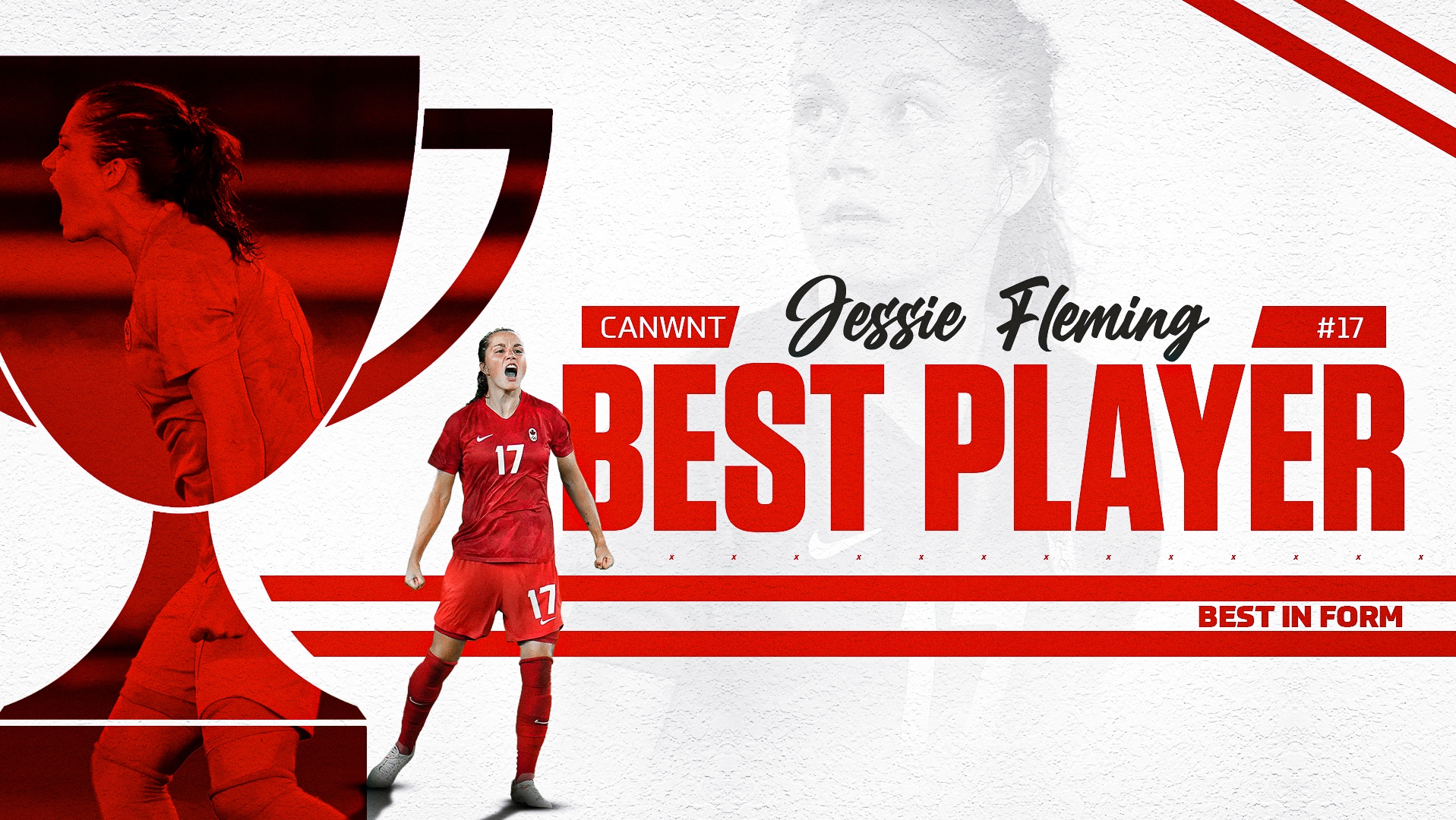 Fleming's semifinal-winning penalty against the United States, her tying penalty in the final against Sweden, and her penalty in the gold-medal shootout will be re-enacted by Canadian children for a generation.

Add to that how, in the 23-year-old’s first professional season, Fleming was critical to Chelsea’s league, FA Cup, and League Cup treble, and Fleming won more club team and international silverware than any Canadian in 2021.

Fellow Ballon d’Or nominee Ashley Lawrence had a season worthy of the award, too. Lawrence played a key role in winning the title in one of the world’s top leagues in France, but Fleming’s play in some of the biggest pressure moments in Canadian soccer history earns her the award. 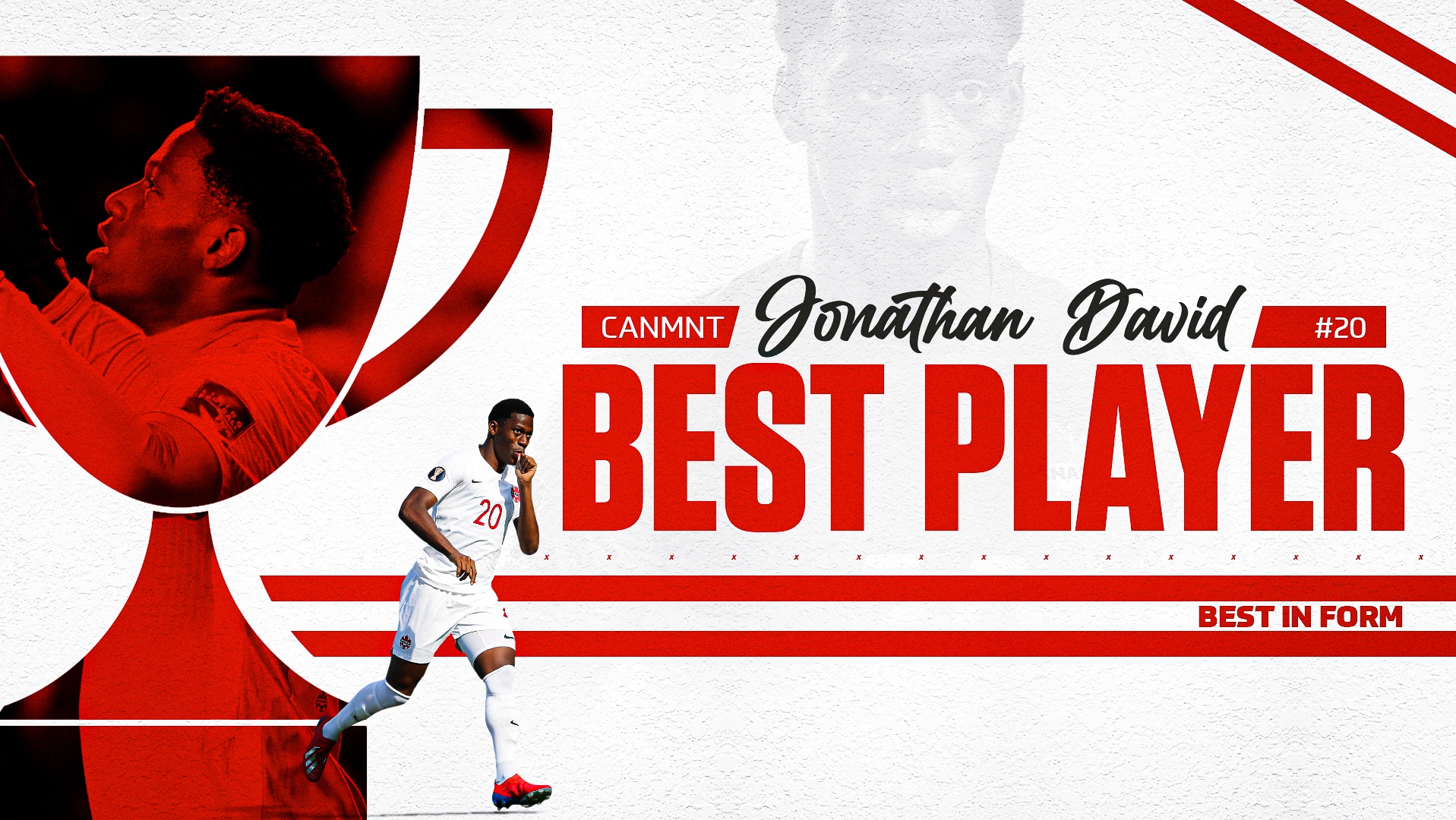 When a nation has as much soccer talent of the kind Canada has now come into – on both the men’s and women’s rosters – it’s fun to debate who the best players are year after year because there are no wrong answers.

Davies is arguably the best left back in the world on one of the top club teams in the sport, and the 21-year-old is a critical part of championships every season. Cyle Larin’s 2021 was spectacular. He was an important part of Besiktas’s historic league and cup double and tied the record for most career goals on the men’s team. The unheralded Tajon Buchanan and the evergreen Atiba Hutchinson also had awesome years.

But Jonathan David is TSN’s men’s player of the year because we think we're watching one of the world’s best young strikers become more precise, more dangerous, and more valuable every week.

It’s worth repeating that inside three years, David has gone from playing in the Ottawa-Carleton Soccer League to helping Lille take the Ligue 1 title away from Neymar, Kylian Mbappe, and French giants Paris Saint-Germain, to regularly scoring in the UEFA Champions League. No one is sure where to place the ceiling over the 21-year-old rising star.

Lille will likely sell David this upcoming summer, making the Ottawa native one to watch as top clubs line up to chase the emerging striker. 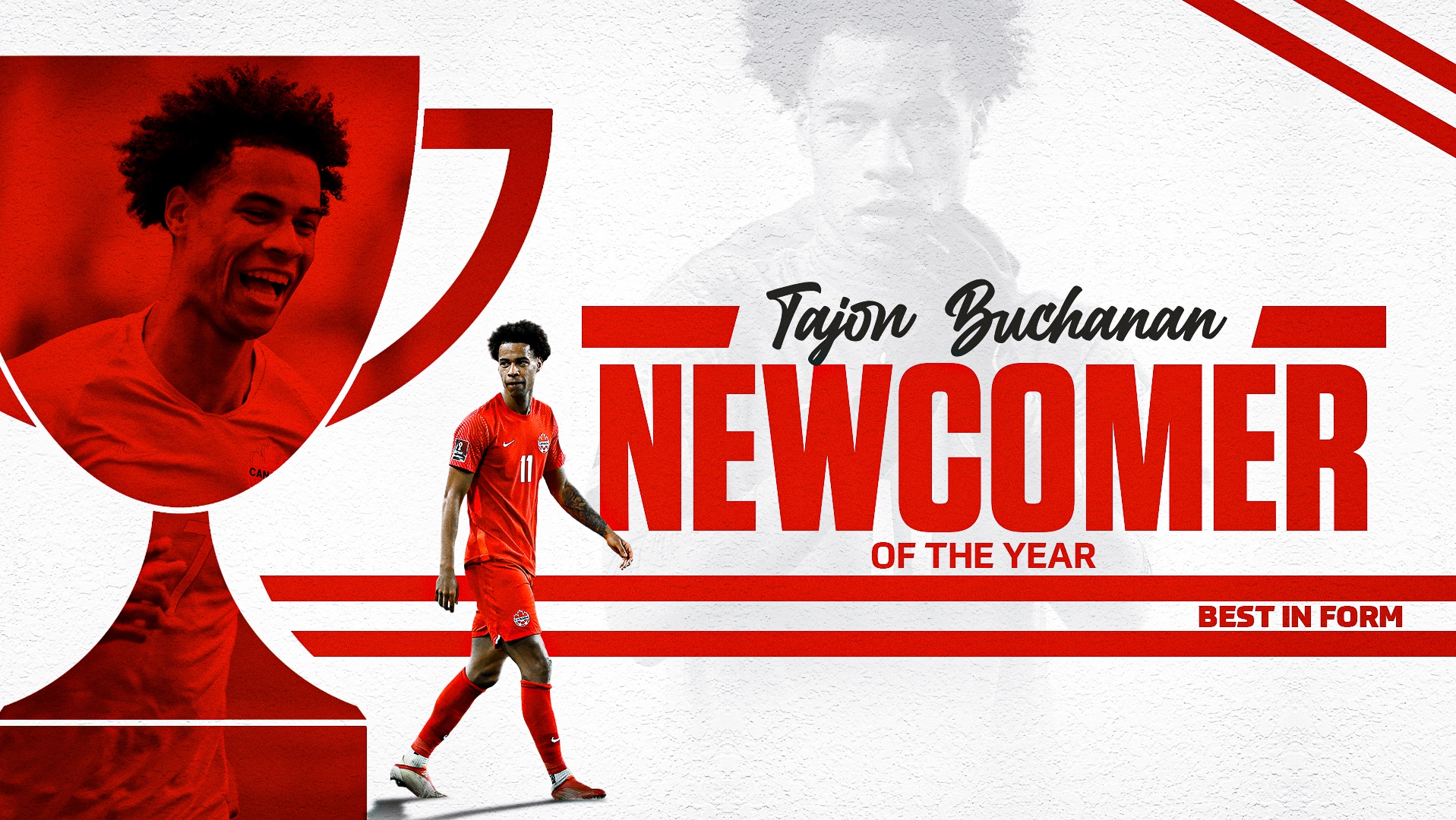 Few players have risen so high so fast in the history of the men’s national team. Davies, and to a lesser extent David, came prepackaged in hype and excitement, but the same isn’t true for Buchanan. He quietly travelled to the United States as a teenager and kept working at his talents, earning new opportunities in US minor soccer, NCAA, and MLS.

But everyone took notice of Buchanan in 2021. He made his senior debut with Canada’s men’s team in the summer and a month didn’t go by without him crafting a highlight-reel moment in the New England Revolution’s season, or in Canada’s Olympic qualifying campaign, Gold Cup campaign, or World Cup qualifying campaign.

The 22-year-old earned a transfer to Club Brugge in August, and now will have the eyes of the world on him, like Canada’s other top men’s stars Davies, David, and Larin. 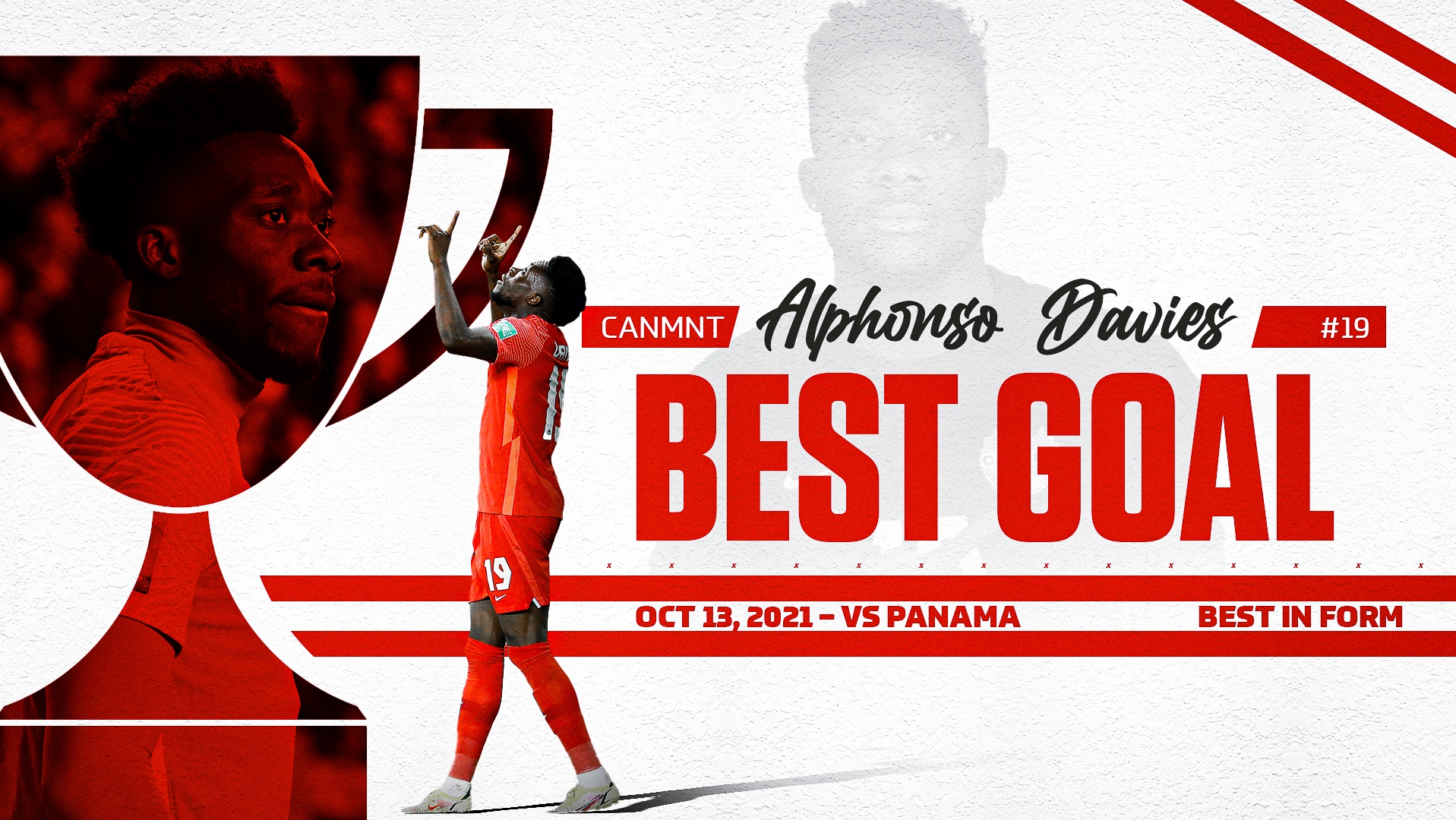 Everything about the moment was perfect. Inside a packed BMO Field in Toronto decorated in red and white, with every Canadian fan hoping for a moment they could tie to a growing, collective belief: Canada’s men can qualify for the 2022 World Cup.

But the moment needed a man, and it had to be the country’s biggest star.

Davies isn’t just Canada's best player; he is arguably the best player on the continent. And when Davies found Jonathan David’s errant pass at full speed, tiptoed along the sidelines with the ball at his feet, then glided through Panama’s defence, it felt like a perfect, rising action every Canadian was committing to memory in real time.

How often does a whole stadium, and a whole country, get to live inside a national team’s defining moment?

And the thing is, the moment didn’t end when Davies coolly stroked the ball into the corner. However far Canada travels on their 2022 and 2026 World Cup journeys, a country will be able to tie its burgeoning emotions for the men’s team to one moment: Davies’ goal against Panama.