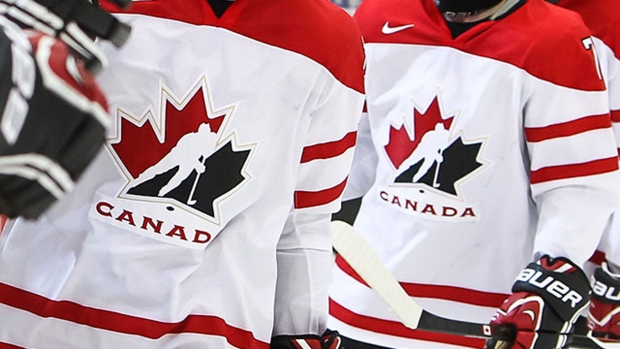 As a result, the third and final Red and White intrasquad game scheduled for Noon ET on Tuesday has been postponed.

“Hockey Canada confirmed earlier today that two players at Canada’s National Junior Team Sport Chek Selection Camp have tested positive for COVID-19, and have been placed in quarantine at the team hotel in Red Deer," Scott Salmond, senior vice-president of national teams, said in a statement.

"Upon learning of the positive test this morning, the decision was made to postpone the Red-White game scheduled for this morning at the Westerner Park Centrium, and to suspend all camp activities for today. As per Hockey Canada’s safety protocols, all players, coaches and staff members took mandatory COVID-19 tests upon arrival at camp and have continued to be tested regularly throughout the past ten days. For precautionary reasons, we will also ensure that all players and team personnel go through an additional test before resuming camp activities. The appropriate local and provincial health authorities have been made aware of the situation, and we will continue to work closely with Alberta Health Services. We will have no further comment at this time.”

Today's Red-White scrimmage at the World Junior selection camp has been postponed after two players tested positive for COVID-19 👇 https://t.co/HKkPXzOOxJ

The first cuts to the group of 46 named to Team Canada's selection camp were previously expected to come later on Tuesday. Head coach Andre Tourigny said Sunday he wanted to drop the roster to 30-34 following Tuesday's scrimmage. Canada is scheduled to begin pre-competition games against U Sports teams on Saturday when they face the University of Alberta Golden Bears in the first of six games.