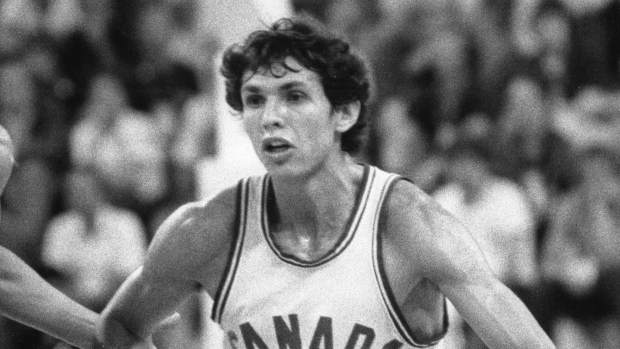 Trace Canada's current golden age of basketball back to its roots and the name Eli Pasquale will keep coming up.

Pasquale, a two-time Olympian who played at four world championships over his career, died Monday of cancer at age 59. The Canadian Basketball Hall of Famer from Sudbury, Ont., reached national prominence as the point guard for the University of Victoria Vikes, where he inspired a new generation of players.

"If you asked Steve Nash who the best point guard was in Canada, he would say Eli," said Ken Shields, who was head coach of the Vikes when Pasquale led them to five straight Canadian university titles. "He had a huge impact on Steve. Had Eli been playing today, he would have been in the NBA. There's no question."

Pasquale led Canada to a fourth-place finish at the 1984 Summer Olympics in Los Angeles. He returned to the Games four years later in Seoul and helped Canada to a sixth-place showing. According to Shields, who also coached Canada's national team from 1990 to 1994, Pasquale was on track to return to a third Olympics when he was sidelined by an injury.

But Pasquale's involvement in Canada's basketball didn't end there. He became a coach himself, running basketball camps in Victoria.

"He's inspired and influenced youth basketball, hundreds of youth players in the city," Shields said. "There's no other player in Canada's that has had the impact that Eli had in Victoria."

Pasquale's passing touched many other prominent names in Canadian basketball as word of his death spread Tuesday.

"It's a sad day for basketball in our country," Charlotte Hornets assistant coach and former Canadian national team coach/player Jay Triano said. "We were backcourt mates and travelled the world together for eight years as the starting backcourt for our national team. Today really hurts as I have lost a friend and a teammate."

He was one of the stars of Canada's 1983 World University Games team that upset the United States in the tournament's semifinal, defeating an American squad led by future NBA legends Charles Barkley and Karl Malone. Pasquale was then instrumental in shutting down Yugoslavia's Drazen Petrovic in the final to help Canada win gold.

Pasquale was selected by the Seattle SuperSonics in the fifth round of the 1984 NBA Draft and played three pre-season games for the team before being released. He later played pro basketball in Argentina, West Germany and Switzerland.

After a five-year absence from the national team, Pasquale returned at age 37 to play in the 1997 Tournament of the Americas, helping Canada qualify for the 1998 world championship.

"Canada has lost one of its greatest athletes," former teammate Dwight Walton said on Twitter. "A winner and a class act in every sense of the word. I was proud to call him a teammate and more importantly, a friend. Eli Pasquale has passed away. My sincerest condolences to his family and friends. May he rest in peace."

Pasquale, who represented Canada at the Pan Am Games on two occasions, was inducted into the Canadian Basketball Hall of Fame in 2003.