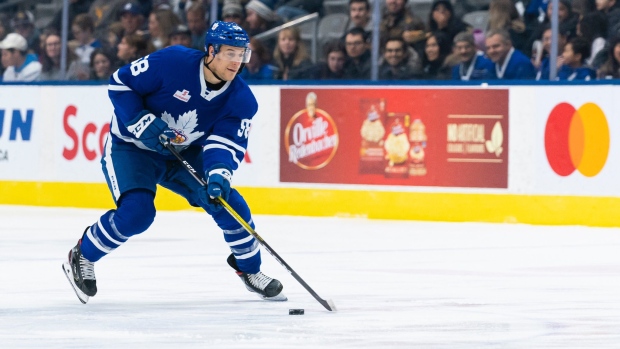 WINNIPEG — Tyler Gaudet scored twice as the Toronto Marlies downed the Manitoba Moose 3-2 on Monday in the American Hockey League season opener for both teams.

Gaudet tied the game in the second period, then broke a 2-2 deadlock at 11:44 of the third.

Joey Anderson also scored for the Marlies (1-0-0), who got 25 saves from Andrew D'Agostini.

Declan Chisholm and Cole Perfetti found the back of the net for the Moose (0-1-0).

This report by The Canadian Press was first published February 15, 2021.