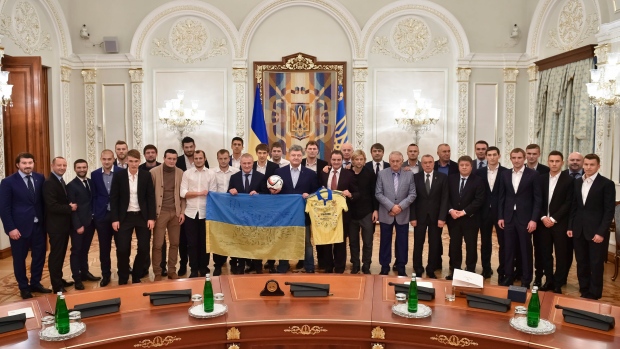 NYON, Switzerland - Ukraine was ordered to play a game behind closed doors as part of a UEFA punishment for racist behaviour at last month's European Championship qualifier against Spain.

UEFA says Ukraine was also fined 97,000 euros ($102,000) for the racist behaviour and separate charges including offensive chanting and the use of a laser pointer.

On Wednesday, UEFA handed Ukrainian champion Dynamo Kyiv a three-game stadium ban, with one game suspended, after racist attacks on black fans during a Champions League game against Chelsea.

Ukraine will already have to play its first 2018 World Cup qualifier behind closed doors because of a FIFA racism sanction dating from 2013, and it was given a partial stadium ban from UEFA last year.