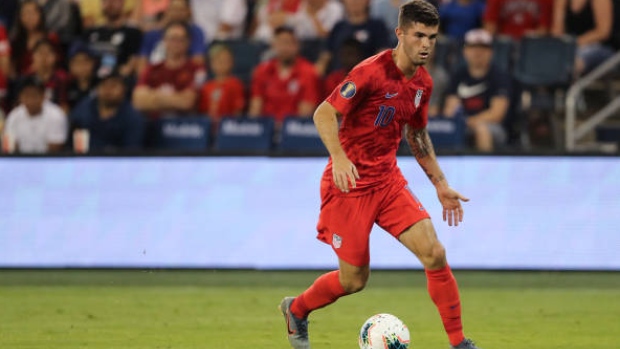 MIAMI — The United States was drawn Thursday night into a difficult group with Mexico, Costa Rica and the Dominican Republic in men's qualifying for next summer's Olympic soccer tournament.

Qualifying for North and Central America and the Caribbean will take place at Guadalajara, Mexico, in the Jalisco and Akron stadiums during a FIFA international match window from March 20 to April 1. The U.S., which failed to qualify for the 2012 and 2016 Olympics, plays Costa Rica on March 20, the Dominican Republic on March 23 and Mexico on March 26.

While FIFA requires clubs to release players to senior national teams during international windows, soccer's rules leave the decision to clubs on whether to release players to youth national teams. Olympic men's soccer qualifying is limited to players born on or after Jan. 1, 1997, and it is uncertain whether the U.S. can use top young players with European clubs such as Christian Pulisic, Weston McKennie and Tyler Adams.

The top two teams in each group advance, and the semifinal winners on March 30 qualify for the 16-nation men's tournament in Japan, to be played from July 23 to Aug. 8. At the Olympics, each men's national teams can include up to three players over the age limit on its 20-man roster.

CONCACAF men's qualifying was in Guadalajara ahead of the 2004 Olympics and in the U.S. for the last three Olympics. The Americans failed to advance from the group stage of 2012 qualifying, beating Cuba 6-0 but losing to Canada 2-0 and tying El Salvador 3-3. The U.S. lost to Honduras 2-0 in the semifinals of 2016 qualifying.