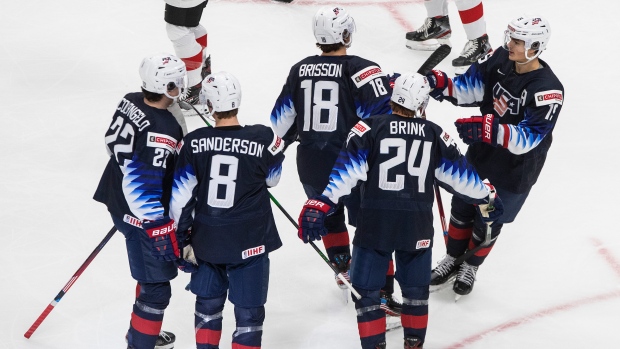 EDMONTON — Austria scored its first goal of the world junior hockey championship on Tuesday, but couldn't muster a win over the dominant Russians.

Vancouver Canucks prospect Vasili Podkolzin had two goals and an assist, leading Russia to a 7-1 win over Austria in Edmonton.

Senna Peeters registered Austria's lone goal, finding the back of the net 7:38 into the second period.

Russia's Artur Akhtyamov had 17 saves, and Austrian goalie Jakob Brandner stopped 43 of the 50 shots he faced.

Russia will face a tough test on Wednesday when the face Sweden (2-0) in preliminary round play. Austria will battle the Czech Republic on Thursday.

American goaltender Spencer Knight made 22 saves for the shutout.

Quinton Byfield tallied six points, leading the Canadians to a 10-0 trouncing of Switzerland on Tuesday.

Byfield, who was picked second overall by the L.A. Kings at the NHL draft in October, had two goals and four assists in the victory.

Switzerland will meet Germany (0-1-2) on Wednesday. The Canadians will finish out the preliminary round on Thursday when they face Finland (2-0).

This report by The Canadian Press was first published Dec. 29, 2020.