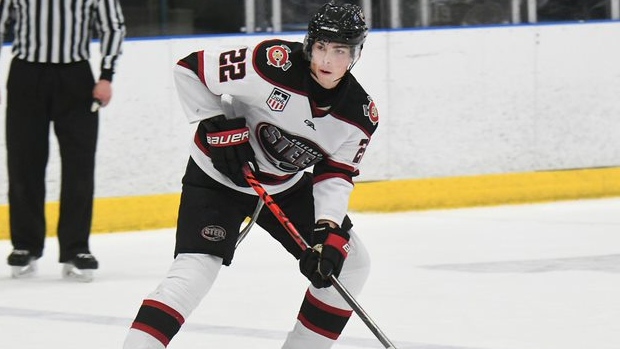 The University of Michigan will not be releasing defenceman Owen Power to participate in Canada's selection camp for the 2021 World Junior Championship.

“After ongoing discussions with the University of Michigan, Hockey Canada has been informed that Owen Power will not be released to participate in Canada’s National Junior Team Sport Chek Selection Camp on Nov. 16," said Hockey Canada's Scott Salmond in a statement. "We understand this year’s World Juniors and selection camp are unique, but we believe the chance to represent Canada is a tremendous opportunity for any young player. Although we are disappointed Owen will not be able to join our team at camp, we understand and respect the decision made by the University of Michigan.”

Power was named to the selection camp roster which is set to run from Nov. 16 to Dec. 13 in a bubble in Red Deer, AB, with practices, intrasquad games and six games against a team of U SPORTS All-Stars.

The Mississauga, Ont. native is one of the top prospects available for the 2021 NHL Draft. He had 12 goals and 40 points in 45 games with the USHL's Chicago Steel last season. The 17-year-old was the lone draft-eligible defenceman among the 15 named to the selection camp roster.

The tournament begins Christmas Day in a bubble in Edmonton with Canada kicking off their tournament on Boxing Day against Germany.