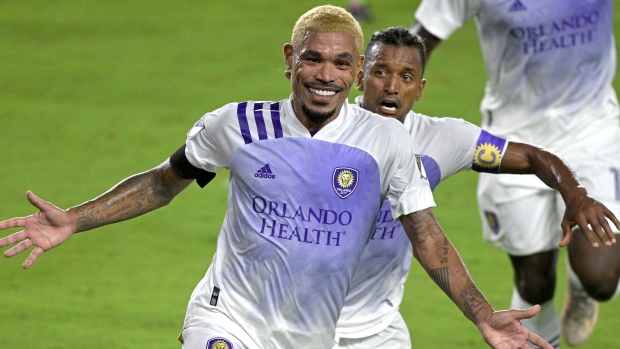 Cincinnati (4-17-8) has lost seven straight games, the club’s longest losing streak in MLS. Cincinnati has seven losing streaks of four or more games since joining MLS in 2019. No other team has more than three such streaks in that time.

Orlando City’s Ruan Gregório Teixeira worked his way into the area and rolled a pass to a charging Urso, who bent a one-touch shot from 25 yards out between the outstretch arm of diving goalkeeper Przemyslaw Tyton and the post.

Orlando (12-8-9), which ended a five-match winless run with a 2-1 win over D.C. United on Oct. 2, has won consecutive games for the first time since June.

Cincinnati has lost four straight home matches, all by a one-goal margin.