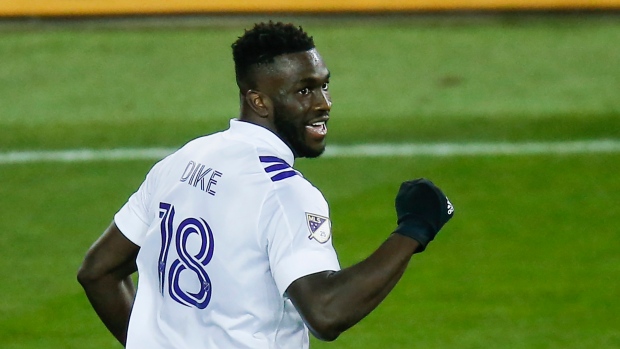 The team says Barnsley of England's second tier League Championship declined to exercise its purchase option on the 20-year old.

Dike scored nine goals in 22 matches while on loan to Barnsley during the second half of the English season. Barnsley finished fifth, then lost on 2-1 aggregate in the semifinals of the playoff for promotion to the Premier League.

Orlando announced Barnsley's decision on Tuesday. It said Dike will return to Orlando after the U.S. national team's exhibition against Costa Rica on June 9.