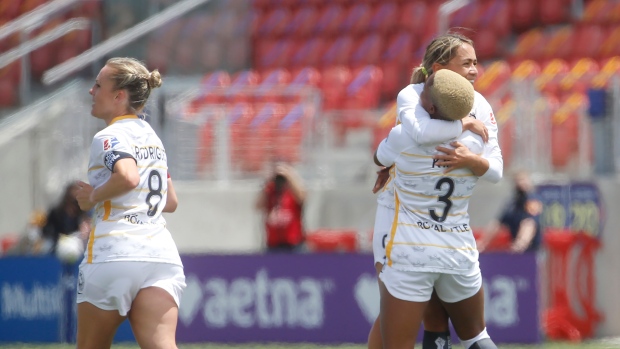 Rodriguez took a cross from Vero Boquete on a perfectly timed run and evaded three defenders for the goal at Zions Bank Stadium.

After scoring, Rodriguez pointed to her two sons in the stands. While the tournament is being played without fans, Rodriguez has been in quarantine with her family at home in Utah.

It was the first victory for new Royals coach Craig Harrington.

The Royals are playing without forward Christen Press, who opted out of the tournament. Sky Blue is missing fellow U.S. national team players Carli Lloyd and Mallory Pugh because of injuries.

The Royals opened the tournament with a 3-3 draw against Houston on Tuesday. Sky Blue (0-1-1) played to a scoreless draw against OL Reign in its opener.

The North Carolina Courage sit atop the tournament standings with two wins. The Royals moved into second. Results in the group stage will determine seeding for the knockout round.