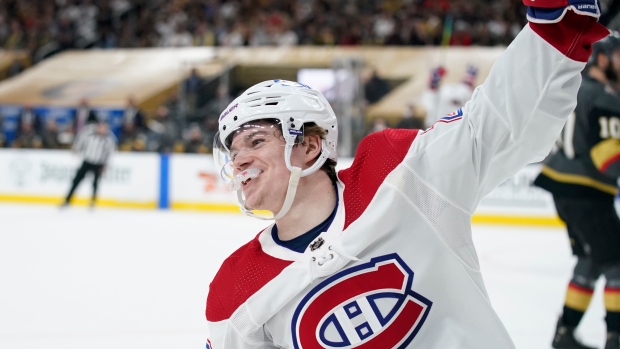 Graeme Clark, Ryan Schmelzer and Marian Studenic, into an empty net, had the other goals for Utica (9-0-0). Frederik Gauthier and Jeremy Groleau added two assists each.

Cole Caufield, with a goal and an assist, Jesse Ylonen and Jean-Sebastien Dea replied for Laval (6-6-1), which got 32 saves from Cayden Primeau.

Utica led 2-0 in the second period before Dea and Caufield — last season's Hobey Baker Award winner as the top player in U.S. college hockey looking to rediscover his game after being demoted by the NHL's Montreal Canadiens — scored less than three minutes apart to tie it.

Ylonen then gave Laval its first lead 43 seconds into the third, but Gambardella scored his second of the afternoon midway through the period before Clarke made it 4-3 with 1:43 left in regulation.

Studenic then iced it into the empty net 23 seconds later.