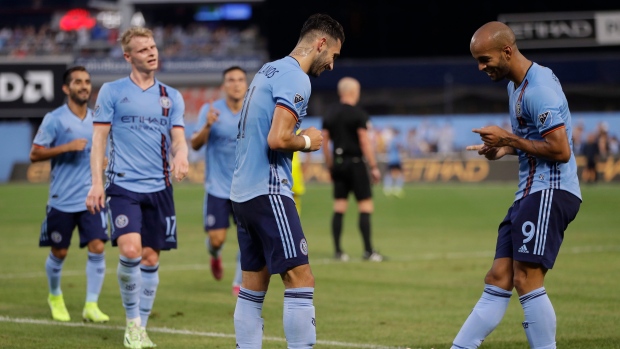 NEW YORK — Valentín Castellanos scored in the 36th minute, Sean Johnson got his seventh shutout of the season and New York City FC beat the Columbus Crew 1-0 on Wednesday night.

Castellanos scored his 10th goal of the season by getting past the defence for Maximiliano Moralez's lofted pass and sending it inside the far post. Castellanos has scored five goals in the past four games.

NYCFC forward Alexandru Mitrita took advantage of a defensive mistake at midfield in the 86th minute, and dribbled down the left side on a breakaway but his shot was denied by Columbus goalkeeper Eloy Room. Keaton Parks also had a late attempt blocked by Room.

It was NYCFC's first clean sheet since July 3 against Seattle.